The Environmental Rights Action/Friends of the Earth Nigeria (ERA/FoEN) and related groups under the aegis of the Friends of the Earth International (FoI) have demanded justice for the Ogoni people in the Niger Delta region, asking the Nigerian government to compel Shell to pay the full cost of cleaning up Ogoniland, as recommended by the United Nations Environment Programme (UNEP). 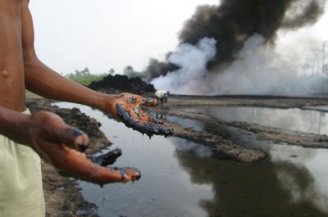 Pollution and environmental degradation in the Niger Delta

The call coincides with the 20th anniversary of the murder of playright and environmental activist Ken Saro-Wiwa and eight other Ogoni leaders at the hands of late Nigerian dictatorship, General Sani Abacha.

“Known around the world for his struggle with oil giant Shell, Ken Saro-Wiwa is now a figure acclaimed globally for showing how people’s power can win over polluting corporate giants,” says the ERA/FoEN/FoI in a statement released in Port Harcourt, Rivers State on Monday, November 9, 2015.

“The social and environmental crisis and injustice exposed by Ken Saro Wiwa in the oil-rich and massively polluted Niger Delta are still ongoing; the people of Ogoniland are still suffering from the effects of fifty years of land, air and water pollution by the oil industry.”

FoI chairperson, Jagoda Munic, adds: “Ken Saro Wiwa’s legacy is not only a major source of inspiration to the people of Nigeria, it also serves as a beacon of hope to people across the world struggling for environmental justice.”

“Oil companies such as Shell continue to dodge their responsibility. They must prevent further spills, clean up, and provide adequate compensation to people affected by oil pollution in Nigeria,” contends Godwin Uyi Ojo, executive director of ERA/FoEN.

On November 9, ERA/FoEN, at its annual National Environmental Consultation, held a Ken Saro-Wiwa Night Vigil. On November 10, ERA/FoEN and social and environmental activists from around the world will gather in Port Harcourt for a ‘Freedom March for Ken and other activists’.

In a related development, Friends of the Earth Netherlands, along with four Nigerian farmers, brought a lawsuit against Shell in The Netherlands for oil pollution in three Nigerian villages. According to ERA/FoEN, this is the first time that a Dutch company has been brought before a Dutch court to account for environmental damage caused abroad. A judgement is expected on Friday 18 December.

A British lawsuit resulted in 76 million euros compensation for the farmers and fisherman of the Bodo area, in Ogoniland, whose livelihoods were destroyed by two oil spills. Shell’s initial offer of compensation was 5,500 euros.

Four years after the 2011 publication of a groundbreaking report by UNEP on oil pollution in Ogoniland, the report’s recommendations are yet to be implemented.

“The resilience of the Ogonis and persistent pressure by local and international civil society is however starting to bear fruit: the present government of President Buhari recently committed to the implementation of the UNEP report. With an initial pledge of $10 million there are high expectations that the proposed governing body to oversee the clean-up will be inaugurated soon.

“Because the UNEP report recommendations still have not been implemented, the Ogonis remain shortchanged and justice denied. Shell and the other companies, as well as the Nigerian government, should immediately implement the recommendations. Shell should also compensate communities affected by continuing oil spills and agree to pay their share of the full cost of cleaning Ogoniland and other affected areas of the Niger Delta,” says Ojo. 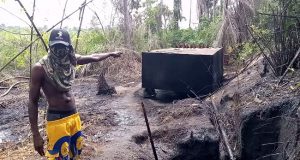 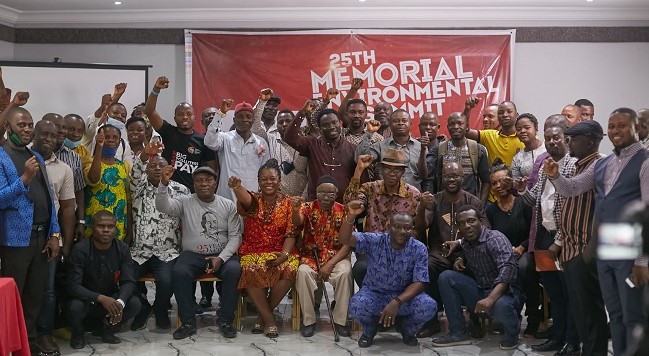 The Nigeria government has been asked to pay the Ogoni nation in the Niger Delta ...