World leaders gave a unanimous thumbs up to signal a positive start of the UN Climate talks on Monday in Paris, as they expressed commitment and faith in a multilateral process to combat the adverse impacts of climate change. 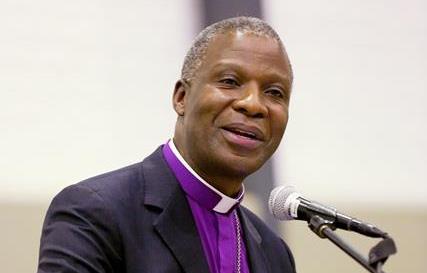 In what looks like a change to the climate talks format, world leaders spoke first to launch the negotiations, with 11 governments on Monday pledging nearly $250 million towards support for vulnerable communities to adapt to climate change. According to International humanitarian and development organisation, ACT Alliance, the move signaled hope for an ambitious agreement that would secure the planet’s future.

Speaking from the ground at the UNFCCC COP21 in Paris, the alliance said that the contributions to the Least Developed Countries Fund showed a new commitment to supporting poor and vulnerable communities and an acknowledgment that action is now needed.

”We welcome these climate finance contributions and we remind the negotiators that there is need to come up with a financial mechanism in the new agreement which shall ensure sustainability and predictability of finance support for resilience of those already suffering the adverse impacts of climate change,” ACT’s Global Climate Change Ambassador, Archbishop Most Reverend Dr Thabo Makgoba, said.

“The commitments by several countries to reduce emissions, with some clearly setting the peak years, is critical. It is important to get such commitments, and we want our negotiators to ensure that they come up with an agreement that will help the world decarbonise by the middle of the century. We need to embrace a goal and work towards achieving it,” said Mattias Soderberg, ACT Alliance Co-Chair of the Advisory Group on Climate Advocacy.

”It is important that all countries take part in climate action,” stated Söderberg, who is also head of the ACT Alliance delegation attending the talks. “The world is no longer developed and developing. Paris is an opportunity to ensure that all take part in climate action based on their capacity. Those with more capacity should do more and those with little capacity should be supported to do more”.

”By no means should any country be left behind,” reiterated Archbishop Thabo Makgoba, stressing that all countries have a role to play from today if the fight against the adverse impacts of climate change is to be won, in accordance with their capabilities and responsibility.

Previous: Paris climate summit opens with call to end fossil fuel subsidies
Next: World’s vulnerable: We refuse to be sacrifice of international community