Apparently determined to find a lasting solution to the social development and reproductive needs of youth in the country which had hitherto been neglected, the Nigerian Academy of Science (NAS) has unveiled documents that will assist governments to address the needs in a deliberate evidence-driven fashion. 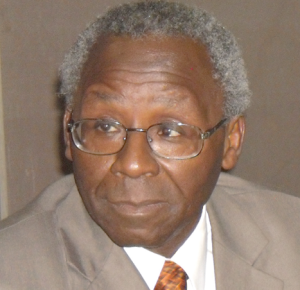 The documents are the product of a project titled: “Mobilising official support for developing, implementing and sustaining livelihood and life skills development among the youth” conducted by the Academy.

Ekiti and Nasarawa were selected as pilot states where a survey on assessing the social and reproductive health needs of the youth and development of the livelihood and life skills of the youth (a strategic plan) were conducted.

Specifically, the strategic action plan, expected to span a two-year period (2015-2017), was intended to make available to the government and relevant Ministries and Development Agencies (MDAs) a document that is state-specific based on the identified needs, to be used in the design and delivery of programmes and interventions that will positively address the youth problems and challenges.

The initial needs assessment was conducted to identify the specific needs of various categories of youth in the two states selected for the intervention.

At a Media Roundtable held in Lagos on Friday, August 28, 2015 where the published project reports were officially unveiled, Principal Investigator, NAS, Prof. Akinyinka Omigbodun, said that in Nigeria, 70 percent of the population can be classified as the youth, with 60 percent of them living below the poverty line. 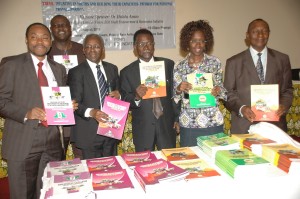 He said although there are youth development policies at the national and state levels, there appears to be a gap between policy making and policy implementation.

“While the government may have put structures and programmes in place for youth empowerment and development, it would appear that these have not reached the average Nigerian youth whose life they are meant to impart.

“This trend has left the youth feeling neglected and disenfranchised. If adequate attention is not given to this group of Nigerians who are at once full of untapped potential, yet very vulnerable, the nation’s future will be at risk,” he explained.

Omigbodun said NAS, with support from the Ford Foundation, designed the project in the two pilot states to develop strategic plans for youth development in collaboration with stakeholders from the states’ ministries responsible for education, science and technology, youth development, finance, health and women affairs.

Besides that, representatives from the legislatures of the two states and non-governmental organisations (NGOs) working with the youth were also involved in the process.

The Principal Investigator added that the relevant stakeholders in the states participated in the drafting of the document and have also pledged support and commitment to ensure that the activities specified therein would be executed through the provision of resources and mobilisation of relevant support.

In a keynote address on the theme: “Investing in youths and building their capacities-pathway for national transformation,” Dr Ibilola Amao said Nigeria has about 60 million youths that can be engaged in agriculture based on the large landmass of the country.

She underlined the need to invest in research and development and close the gap between academia and industry.

President of NAS, Prof. Oyewale Tomori, then unveiled and presented the project reports to journalists.