UN agencies have raised the alarm of food crisis in South Sudan, projecting that about 6.3 million people are facing food insecurity one year after famine was declared in parts of the country. 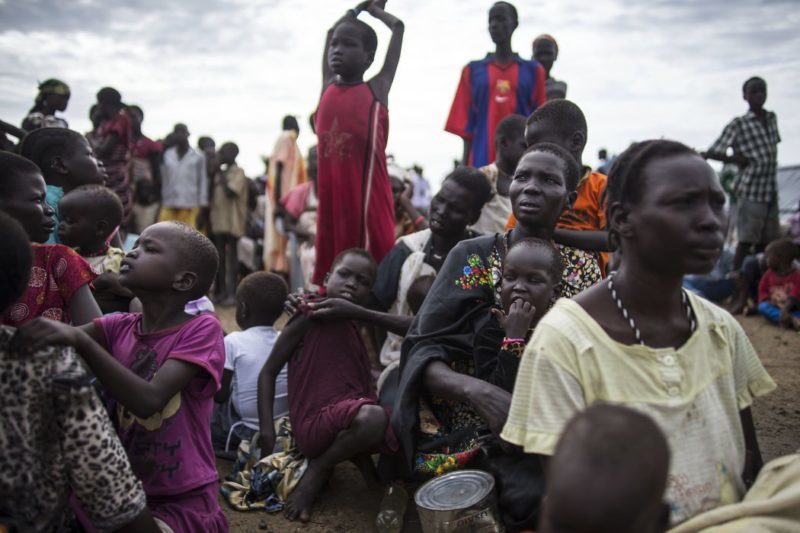 The food crisis in South Sudan appears to be worsening

The Food and Agriculture Organisation (FAO), the UN Children’s Fund (UNICEF) and the World Food Programme (WFP) warned that progress in preventing hunger-related deaths could be undone.

The UN agencies warned that, without sustained humanitarian assistance and access, more than seven million people in the crisis-torn country – almost two-thirds of the population – could become severely food insecure in the coming months.

The agencies, in the report, said: “Projections for February-April reveal 6.3 million people in ‘crisis’, ’emergency’ or ‘catastrophe’ levels of food insecurity, including 50,000 people in the latter.

Protracted conflict, the result of a political dispute that erupted between South Sudanese leaders and their rival factions in 2013, led to reduced food production and disrupted livelihoods.

FAO’s Representative in South Sudan, Serge Tissot, said: “The situation is extremely fragile, and “we are close to seeing another famine. The projections are stark.

“If we ignore them, we’ll be faced with a growing tragedy. If farmers receive support to resume their livelihoods, we will see a rapid improvement in the country’s food security situation due to increased local production.”

Adnan Khan, WFP Representative and Country Director, said: “We are alarmed as the lean season, when the harvest runs out, is expected to start this year much earlier than usual.

“Unless we can pre-position assistance rather than mount a more costly response during the rains, more families will struggle to survive.”

In January, nearly half the population struggling to find enough food each day were in “crisis” or “emergency” levels of food insecurity, according to an Integrated Food Security Phase Classification report.

This represents a 40 per cent increase in the number of severely food insecure people compared to January 2017.

“We are preparing for rates of severe malnutrition among children never before seen in this country,” said Mahimbo Mdoe, UNICEF’s Representative in South Sudan.

“Without an urgent response and access to those most in need, many children will die. We cannot allow that to happen,” he warned.