At least 28 children under the age of five have been killed by drinking stream water contaminated with lead in Nigeria’s Niger State, Health Minister Fidelis Nwankwo has said. Officials have however blamed the contamination on illegal mining. 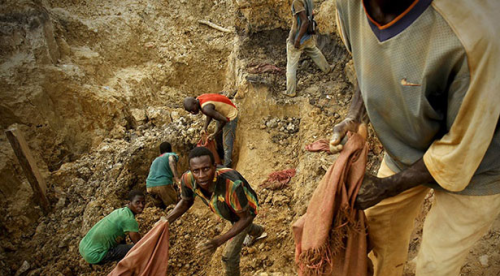 Villagers “were mining for gold, and (the water was made toxic) by its impurities,” said Mohammed Usman, a government health official in Niger State on Friday.

Nwankwo said on Thursday that 28 out of 65 children who became ill from the contamination had died, according to reports up to May 12 from villages in the Rafi Local Government Area (LGA) that borders Kaduna State. Many cows, goats and chickens and other livestock were killed too.

“The villagers initially ascribed the infections to witchcraft, but it must have being going for years,” Usman said, adding reports suggested the deaths were in April.

“The affected children were found to have high serum lead levels …17 to 22 times higher than the acceptable limits as established by the World Health Organisation (WHO),” said Nwankwo, the Minister of State for Health.

Large scale lead poisoning from illegal mining has been reported before in Nigeria, notably in Zamfara State in 2010 when at least 163 people died out of 355 who became sick from the toxins.

Like Loading...
2015-05-17
admin
Previous: How FUT Minna produced first WASCAL graduates
Next: Making Nigeria climate resilient (7): How is nation responding to the challenge?