The world’s 25 most endangered primates have been revealed in a new report released on Monday in Hyderabad, India, at the UN’s Convention on Biological Diversity COP11.

Primates in Peril: The World’s 25 Most Endangered Primates, 2012–2014 has been compiled by the Primate Specialist Group of IUCN’s Species Survival Commission (SSC) and the International Primatological Society (IPS), in collaboration with Conservation International (CI) and the Bristol Conservation and Science Foundation (BCSF).

Mankind’s closest living relatives – the world’s apes, monkeys, lemurs and other primates – are on the brink of extinction and in need of urgent conservation measures. The report, announced by some of the world’s leading primate experts every two years, reveals those species most in danger of becoming extinct from destruction of tropical forests, illegal wildlife trade and commercial bush meat hunting.

The list features nine primate species from Asia, six from Madagascar, five from Africa and five from the Neotropics. In terms of individual countries, Madagascar tops the list with six of the 25 most endangered species. Vietnam has five, Indonesia three, Brazil two, and China, Colombia, Côte d’Ivoire, the Democratic Republic of Congo, Ecuador, Equatorial Guinea, Ghana, Kenya, Peru, Sri Lanka, Tanzania and Venezuela each have one.

With this report, conservationists want to highlight the plight of species such as the Pygmy Tarsier (Tarsius pumilus) of southern and central Sulawesi, which was only known from three museum specimens until 2008, when three individuals were captured inside the Lore Lindu National Park and one more was observed in the wild. The few remaining fragmented and isolated populations of this species are threatened by human encroachment and armed conflict.

Madagascar’s lemurs are severely threatened by habitat destruction and illegal hunting, which has accelerated dramatically since the change of power in the country in 2009. The rarest lemur, the Northern Sportive Lemur (Lepilemur septentrionalis), is now down to 19 known individuals in the wild. A red-listing workshop on lemurs, held by the IUCN SSC Primate Specialist group in July this year, revealed that 91% of the 103 species and subspecies were threatened with extinction. This is one of the highest levels of threat ever recorded for a group of vertebrates.

The list of the world’s 25 most endangered primates has been drawn up by primatologists working in the field who have first-hand knowledge of the causes of threats to primates.

“Once again, this report shows that the world’s primates are under increasing threat from human activities. Whilst we haven’t lost any primate species yet during this century, some of them are in very dire straits,” says Dr Christoph Schwitzer, Head of Research at the Bristol Conservation and Science Foundation (BCSF). “In particular the lemurs are now one of the world’s most endangered groups of mammals, after more than three years of political crisis and a lack of effective enforcement in their home country, Madagascar. A similar crisis is happening in South-East Asia, where trade in wildlife is bringing many primates very close to extinction.”

More than half (54%) of the world’s 633 primate species and subspecies with known conservation status are classified as threatened with extinction on the IUCN Red List of Threatened Species™. The main threats are habitat destruction, particularly from the burning and clearing of tropical forests the hunting of primates for food, and the illegal wildlife trade. 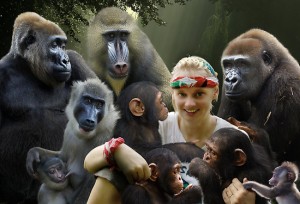 and probably the best flagship species for tropical rain forests, since more than 90 percent of all known primates occur in this endangered biome,” says Dr. Russell Mittermeier, Chair of the IUCN SSC Primate Specialist Group and President of Conservation International, “Amazingly, we continue to discover new species every year since 2000. What is more, primates are increasingly becoming a major ecotourism attraction, and primate-watching is growing in interest and serving as a key source of livelihood in many local communities living around protected areas in which these species occur.”

“It’s also important to note that primates are a key element in their tropical forest homes”, adds Dr Mittermeier. “They often serve as seed dispersers and help to maintain forest diversity. It is increasingly being recognised that forests make a major contribution in terms of ecosystem services for people, providing drinking water, food and medicines.”

Despite the gloomy assessment, conservationists point to the success in helping targeted species recover. Due largely to the efforts of dedicated primate conservationists, and underpinned by considerable public and media interest in the plight of our closest relatives, the world has not lost a single primate species to extinction in the 20th century, and no primate had yet to be declared extinct in the 21st century either, although some are very close to total extirpation. This is a better record than for most other groups of larger vertebrates that have lost at least one, often more, species.

Several species have been removed from the list — now in its seventh edition — because of improved status, among them India’s Lion-Tailed Macaque (Macaca silenus) and Madagascar’s Greater Bamboo Lemur (Prolemur simus), which appeared on the first six lists, but has now been taken off thanks to the great increase of interest generated by its appearance as a top 25 species. 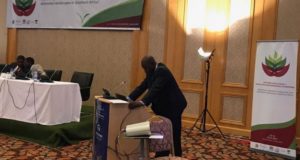 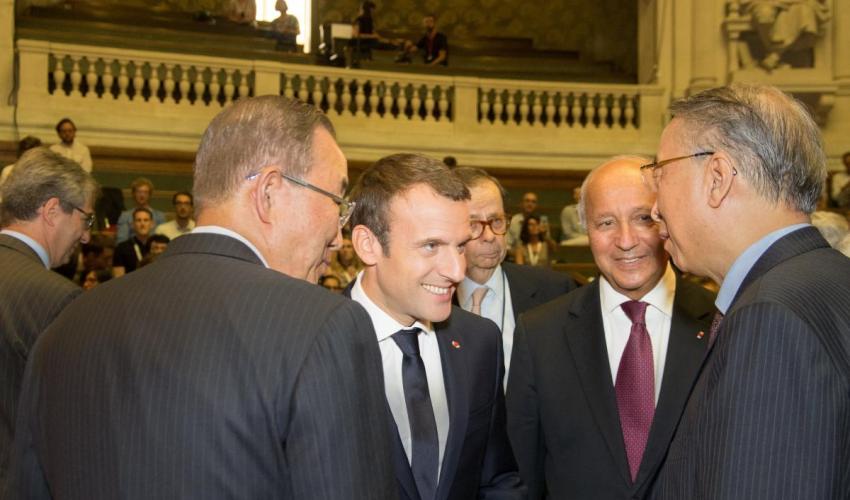 A preliminary draft of a “Global Pact for the Environment” – which aims to serve ...