A Global Witness report released on Monday, September 13, 2021 reveals that 227 land and environmental activists were murdered in 2020 for defending their land and the planet. That constitutes the highest number ever recorded for a second consecutive year.

As the climate crisis deepens, forest fires rampage across swathes of the planet, drought destroys farmland, and floods leave thousands dead, the situation for frontline communities and defenders of the earth is getting worse.

Global Witness stated that, on average, its data shows that four defenders have been killed every week since the signing of the Paris Climate agreement.

“But this shocking figure is almost certainly an underestimate, with growing restrictions on journalism and other civic freedoms meaning cases are likely being unreported.”

The figures show the human cost of the destruction wrought by exploitative industries and corporations. At least 30% of recorded attacks were reportedly linked to resource exploitation – across logging, hydroelectric dams and other infrastructure, mining, and large-scale agribusiness. Logging was the industry linked to the most murders with 23 cases – with attacks in Brazil, Nicaragua, Peru and the Philippines.

The killings include the murder of Óscar Eyraud Adams, Kumiai water defender murdered in Mexico after opposing the extractive industries contributing to water scarcity in Baja California. Óscar was one of many Indigenous people killed in 2020, asserting their right to self-determination and protecting ancestral lands from those looking to exploit their natural resources.

Chris Madden, senior campaigner with Global Witness, said: “One day, we hope to report an end to the violence against those defending our planet and their land, but until governments get serious about protecting defenders, and companies start putting people and planet before profit, both climate breakdown and the killings will continue. This dataset is another stark reminder that fighting the climate crisis carries an unbearably heavy burden for some, who risk their lives to save the forests, rivers and biospheres that are essential to counteract unsustainable global warming. This must stop.’’

Activists still under threat include communities in Guapinol in Honduras, where dozens of land and water defenders have been arrested in recent years for peacefully protesting an iron oxide mining concession which was granted by the central government in a protected area. Many community members remain incarcerated.

The report find Colombia was once again the country with the highest recorded attacks, with 65 defenders killed in 2020. A third of these attacks targeted indigenous and afro-descendant people, and almost half were against small-scale farmers.

Other documented killings include Mexico (30), Philippines (29), Brazil (20), Honduras (17), D.R. Congo (15), Guatemala (13), Nicaragua (12), Peru (6), India (4), Indonesia (3), South Africa and Thailand (2), and Saudi Arabia, Sri Lanka, Nepal, Canada, Costa Rica, Uganda, Iraq, Argentina and Kiribati (1). The report recommended that the United Nations through its member states should, besides formally recognising the human right to a safe, healthy, and sustainable environment, should ensure that commitments and actions made at COP26 to implement the Paris Agreement integrate human rights protections. 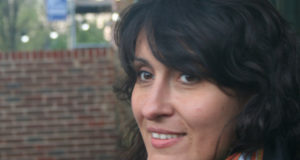 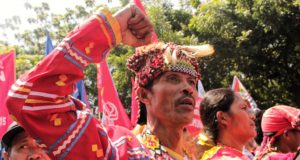 2015 deadliest ever for environmental activists 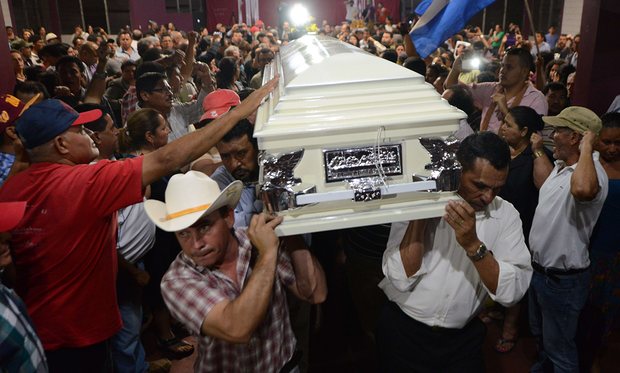