Scientists who met last week in Paris at a major international gathering have said that humanity must achieve a state of zero greenhouse gas emissions by the end of this century in order to hold the global average temperature rise to a maximum 2° Celsius. 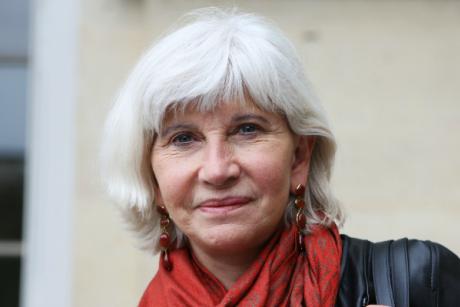 In a joint statement at the end of the “Our Common Future Under Climate Change” conference, the scientists said the world needed to reach a long-term vision of climate neutrality and seize the obvious benefits of clean energy and sustainable development in order to stay below this 2° defence line against the worst impacts of climate change.

Christiana Figueres, Executive Secretary of the UN Framework Convention on Climate Change (UNFCCC), welcomed their closing statement and said: “The world’s leading researchers on climate have underlined the crucial importance of nations focusing on a long term goal–call it zero emissions, net zero or climate neutrality. The overwhelming consensus is that Paris 2015 needs to send an unequivocal signal that the world will take a path towards a steep and deep decline in greenhouse gas pollution by the second half of the century.”

The leading scientists’ call comes less than five months before the UN climate change conference in Paris, at which governments will conclude a new universal climate change agreement which aims to  put the world on a firm pathway towards an early peaking of global emissions, followed by a very rapid decline towards a net zero goal.

The Chairman of the Scientific Committee of the Paris meeting, and director of the US Carnegie Institution’s Department of Global Ecology Chris Field said: “We are moving to a post-carbon era, where climate change mitigation and adaptation are combined with goals to build a sustainable future”.

Laurence Tubiana, French Amabassador for the UN Climate Change Conference  in Paris (COP 21), said: “Scientists are working, with many partners, to develop long-term pathways at the scale of cities, economic sectors like agriculture and national economies, with strong focus on making solutions operational. We need COP 21 to be the political answer to that work, and show that the transition to a decarbonized and climate-resilient economy is not just necessary, but also that it is feasible (politically, economically and technologically); and even beyond that, that it is inevitable, and underway.

Earlier in the conference, International Energy Agency Chief Economist Fatih Birol noted that not only visions, but specific targets will be critical to send the signal for greenhouse gas emitters like the energy sector to meet ambitious goals, including an emissions peak in 2020.

Around 2,000 scientists from almost 100 countries attended the Paris science conference, which showcased evidence-based ways to both reduce emissions and build resilient economies.