World No Tobacco Day: 1.1b people smoke globally, says WHO

There are around 1.1 billion smokers in the world today, the same number as at the turn of the century, according to latest data from the World Health Organisation (WHO). 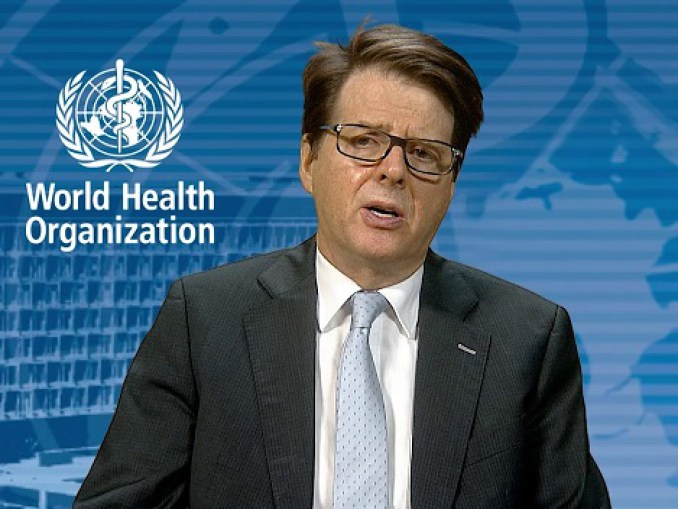 Dr Douglas Bettcher, Director, Department for the Prevention of Non-communicable Diseases at WHO

WHO’s “Global Report on Trends in Prevalence of Tobacco Smoking 2000-2025”, which coincided with World No Tobacco Day 2018, observed every May 31, warned that smoking is a habit that destroyed the hearts.

The report states: “Tobacco is the only legal drug that kills many of its users when used exactly as intended by manufacturers.

“WHO has estimated that tobacco use (smoking and smokeless) is currently responsible for the death of about six million people across the world each year with many of the deaths occurring prematurely.

“This total includes about 600,000 people that are also estimated to die from the effects of second-hand smoking.

The global health agency, in the report by health experts, said spreading the message that tobacco caused deadly illnesses such as heart disease and stroke helped prevent “needless” loss of life.

WHO warned that tobacco use and exposure to second-hand smoke were “major causes” of cardiovascular disease, contributing to three million deaths annually.

It said lack of awareness about the risks of tobacco use was most common in low and middle-income countries.

The report said in China, more than six out of 10 people were unaware that smoking could cause a heart attack while in India and Indonesia, more than half of all adults did not know that the habit could lead to a stroke.

Dr Douglas Bettcher, Director, Department for the Prevention of Non-communicable Diseases at WHO, said tobacco use was falling globally but it still killed more than seven million people a year.

“Progress is uneven in protecting consumers from the tobacco industry,” Bettcher said.

He explained that higher income countries were making “faster progress” than their poorer counterparts at protecting consumers, partly owing to stronger regulations.

“In spite of the apparent lack of progress in tackling the total number of smokers, the report highlighted that only one in five people smoked today, compared to more than one in four, 18 years ago.

“The decline was masked by the world’s growing population.’’

On efforts to encourage people to quit, the UN health expert warned that only around 12 per cent countries were on track to meet global targets to reduce by one-third the number of people dying from non-communicable diseases by 2030 as part of the Sustainable Development Goals agenda.

In a bid to promote a healthy heart, the WHO wanted every one of its 194 Member States to implement a series of increasingly strict tobacco control measures.

These include making indoor public and workplaces smoke-free and insisting that tobacco packaging carries warnings that demonstrate the health risks for users.

“The good news is that these deaths are preventable and we know what needs to be done,” Bettcher said.

He named Ireland and Uruguay as countries that had achieved the highest level of tobacco control before, adding that since 2007, the number of people around the world to have benefited from these measures has more than quadrupled, from one billion to five billion.