The dumping of the Paris Agreement on climate change last week by US President Donald Trump arrested the interest of stakeholders as mankind observed the World Environment Day on Monday, June 5, 2017. 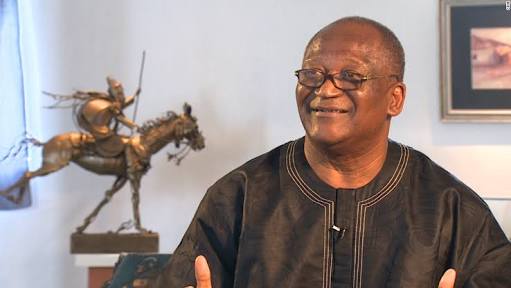 The move, which was greeted by global condemnation, is however seen in some quarters as an opportunity for the rest of the world to even be more resolute in the quest to save mankind from environmental calamity.

Environmentalist and founder, Fight Against Desert Encroachment (FADE), Dr Newton Jibunoh, says: “Today, we celebrate our joy and belief in the sustainability of our Planet Earth. We see lasting future for our children and generations to come because of what the World has achieved by the Paris Climate Accord.

“America’s pulling out of the Paris Accord on June 1, 2017 is President Trump’s mockery of the other 194 countries that have come together in defense of our planet. When candidate Trump threatened to do what he just did, we in the environment did not take him seriously because we never believed a great nation like the USA will make him their President. We shall neither wait for him to change his mind nor wait for a new administration to emerge, for both may not happen.

“Rather, the rest of us 194 countries and the American states and businesses that have come together on this noble cause shall pick up the gauntlet and fulfill our responsibilities for the sake of generations to come. This way, we will be proud of our stewardships and may have saved the Earth from some catastrophic events.” 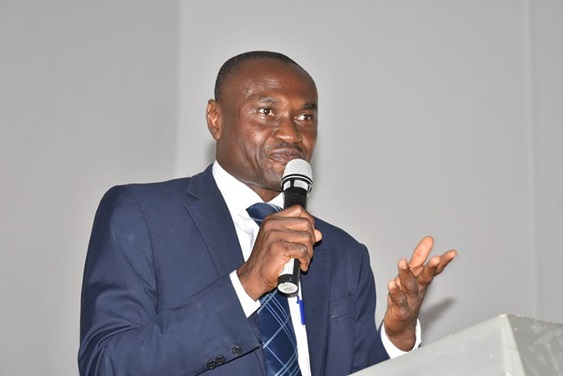 Innocent Azih, Director, Carbon Exchange Trade, submits:  “Events towards a carbon-free and climate de-risked earth appeared tweaked last week by the withdrawal of the US government from the Paris Climate Accord of 2015. This rather rash behavioural turn was condemned both within the United States and around the world, as a reckless and indefensible action, because it is in spite of US being the second largest emitter of carbon, after China.

“At Carbon Exchange Trade, we feel largely unperturbed by the Trump pronouncement. This is because, the multitude of government, non-governmental and individual actors (both in the US and around the world) in line supporting the movement for a cleaner world are much more than the exiting few. Indeed within the United States, it is a case of mere statement representing the sentiments of the Trump-Executive and perhaps some Republican Congress members. It is obvious that these are not in the majority. This means that beyond the stoppage of United States payment commitments into the Green Climate Fund and implementation of the National Commitments and possible continued reversal of environmental remedy strategies in support of clean energy by end of 2018/2019 period, every other thing remains the same. President Trump, in abdicating the state leadership in this global goal, has domestically wheeled it to the subnational (states and local) governments, civil society and private sector players. So the beat goes on.

“We also see that beyond the symbolism of the loss of leadership position in this cause, China, the global leader in carbon emission, willingly agrees to take the vacant position as global leader in carbon remediation strategy and investment. This means that while it continues to reinforce its domestic investments into clean energy, it will also ramp up its contributions to the Green Climate Fund, aimed at securing $100 billion annually to ensure developing economies also go green incrementally. India, which has followed China in greening its society, has lent its support to continuing its commitment to the global movement. This means that with US exit, the rest 194 countries that ratified the Paris Agreement are still ready to power the low-carbon revolution.

“Besides, already in the United States, civic leaders, mayors, governors, CEOs, investors and the majority of the business community have prepared themselves to take up the domestic leadership to fortify and move forward, the clean energy revolution. The 50 mayoral cities have denounced the Executive about-turn and insisted on greening their cities to 100 percent renewable electricity. The major corporations which have gone far ahead in deploying and multiplying its use and supply of clean energy in their business operations and logistics, have also maintained their steadfast resolve to stay the course. In fact to demonstrate this, the chief executive of Tesla Motors and Walt Disney corporations, immediately resigned their membership of President Trump’s Business Advisory Council in response. The tech giants, Apply, Microsoft and other corporations that have laid green energy growth plan up to 2030, have condemned the US- government withdrawal and pledged to continue their investments while Bloomberg promised to organise some American states, cities and businesses to continue to meeting the emissions targets under the Paris agreement.

ALSO READ:  It’ll will be ‘immoral, suicidal’ to fail to agree on climate change action – UN

“All said and done, it is President Trump that stayed out and alone. The world moves on. In a day like this, the Carbon Exchange Trade encourages Nigeria and Africa to stay the course of clean development by continuing the implementation of their National Determined Commitments. It is more critical for Africa because, as the western world commit to lean energy transport systems in years ahead, Africa will be the dump site for old and dirty fuel transport technologies. This will hurt African economies as oil become non-export commodities leading to economic declines. Besides, the dumped vehicles will no longer access spare parts as their manufacturers retool their processes towards clean energy vehicles.

“I wish to use this opportunity to congratulate the governments of Nigeria and African countries that strive towards clean economy development and climate action trajectory.”