“On World Autism ,Awareness Day, let us reaffirm our commitment to promote the full participation of all people with autism, and ensure they have the necessary support to be able to exercise their rights and fundamental freedoms.”

Those were the words of UN Secretary-General, António Guterres, as the world celebrated the World Autism Awareness Day (WAAD) on Monday, April 2, 2018. 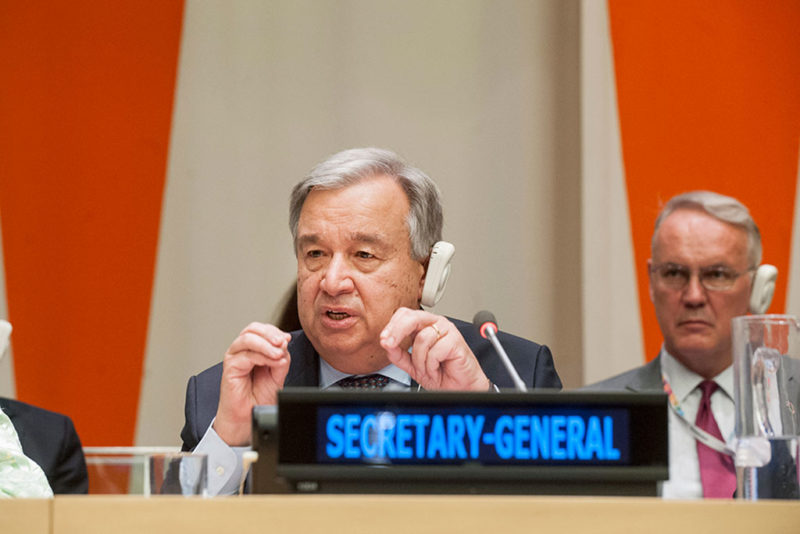 Autism, or autism spectrum disorder (ASD), is a developmental disorder that impairs the ability to communicate and interact. It refers to a range of conditions characterised by challenges with social skills, repetitive behaviours, speech and nonverbal communication, as well as by unique strengths and differences.

The theme for the 2018 WAAD is: “Empowering Women and Girls with Autism”.

In November 2017, the United Nations General Assembly adopted a resolution drawing attention to the particular challenges that women and girls with disabilities face in the context of the implementation of the Convention on the Rights of Persons with Disabilities (CRPD). The resolution expresses concern that women and girls with disabilities are subject to multiple and intersecting forms of discrimination, which limit their enjoyment of all human rights and fundamental freedoms.

The 2018 World Autism Awareness Day observance will hold at United Nations Headquarters in New York on Thursday, April 5, 2018 and will focus on the importance of empowering women and girls with autism and involving them and their representative organizations in policy and decision making to address these challenges.

The UN notes that, through dynamic moderated discussions with experts and advocates, the observance will examine the particular challenges that women and girls with autism face in this context.

Other key issues to be addressed include challenges and opportunities in fully exercising rights in matters relating to marriage, family and parenthood on an equal basis with others, as underscored in Article 23 of the CRPD and in the Sustainable Development Goals (SDGs) adopted by world leaders at the United Nations in 2015 (SDG 5.6).

Like Loading...
2018-04-02
admin
Previous: Is the African continent splitting in two?
Next: Lagos to make waterways cleaner