Andrew Dunn of the Wildlife Conservation Society (WCS) emphasises in this treatise that the Cross River gorilla, which now seems tolerated by enlightened locals, has survived by learning to avoid humans and rarely ventures out of its forest home, except maybe when a young male is in search of a mate 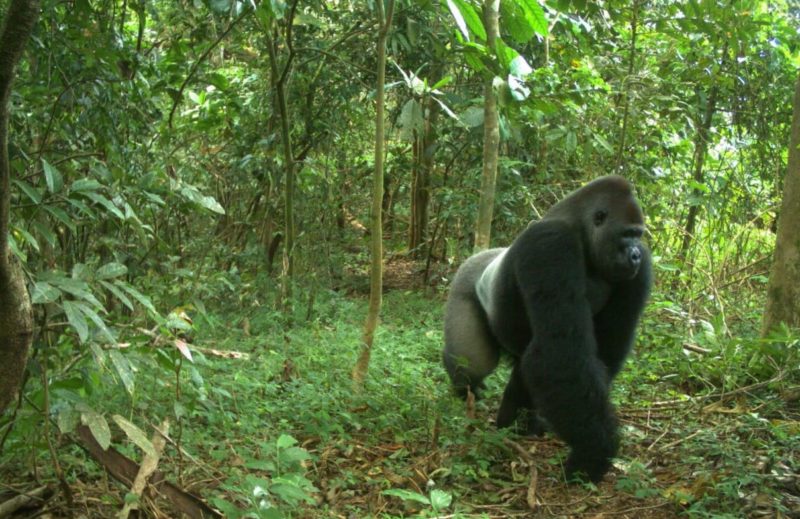 Did you know that there are four different types of gorilla known from Africa and the rarest of them all lives in Nigeria? The Cross River gorilla is restricted to the mountains of Cross River State and adjacent areas of Cameroon.

Gorillas in Nigeria only occur at three different sites: the Afi Mountain Wildlife Sanctuary, the Mbe Mountains and the Okwangwo Division of Cross River National Park. After decades of hunting and habitat loss, only 100 Cross River gorillas survive in Nigeria and a further 200 in Cameroon.

They are rarely seen, although they are sometimes photographed by researchers using camera traps. Gorillas have survived by avoiding humans and by living on the steepest most inaccessible mountain slopes. Imagine our surprise therefore when a large male gorilla was recently seen close to the villages of Ofambe and Okiro in Obudu LGA, at least 10kms outside of Afi Mountain Wildlife Sanctuary and far from any forest. Gorillas normally live in small groups composed of a large dominant male known as a silverback together with three to four females and their young.

When these young gorillas mature, they leave to join another gorilla group. Young male gorillas are known as blackbacks and their presence is not usually tolerated by the dominant silverback.  Each blackback gorilla must roam the forest in search of a mate. These wanderings are very important for the long-term survival of the species, allowing for the exchange of genes between groups – provided he is successful in finding a wife!

“Roaming blackbacks do not represent a threat to humans, but may come close to villages as they attempt to cross between one forest patch to another. In the past these gorillas may have been killed, representing a significant loss to such a small population,” said Dr Richard Bergl of the North Carolina Zoo.

However, thanks to increased awareness, and to enlightened village chiefs in Ofambe (Chief Julius Ochui) and Okiro (Chief Augustine Bitte), the presence of this gorilla so close to the village has so far been tolerated by the community.

Cross River Gorilla expert, Dr. Inaoyom Imong of the Wildlife Conservation Society in Calabar, explained: “As long as the gorilla is left alone it will likely find its way back to the forest, and hopefully a wife.”

A positive outcome for conservation and the future of Nigeria’s biological heritage!