In the framework of the West African South-South Network on Measurement, Reporting and Verification (MRV) and Transparency, which was initially launched in October 2016 in Lomé, Togo, Senegal is hosting the second annual meeting of the Network, which commenced on Wednesday, October 11 to end on Friday, October 13, 2017. 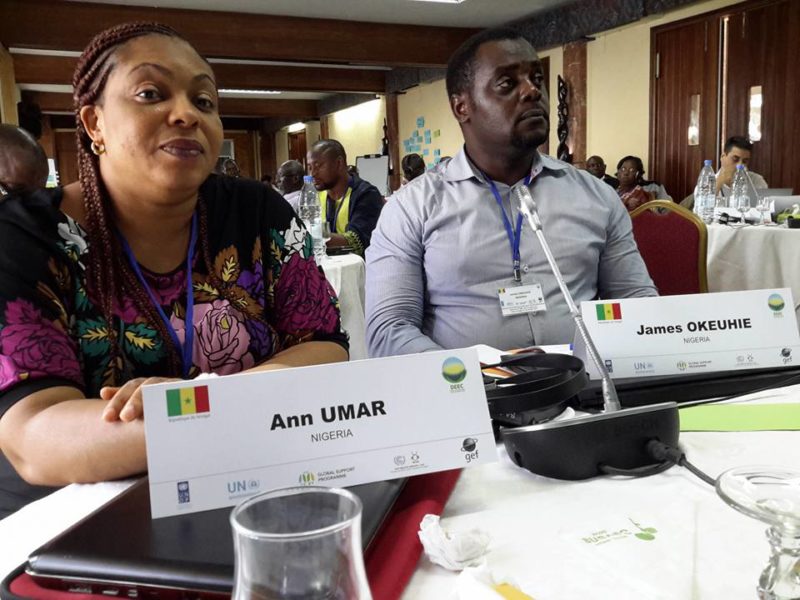 Nigeria’s representatives at the meeting

The meeting is convening the two nominated focal points from each country member of the Network, a guest country invited to share its experience (for 2017, the Government of Morocco), as well as West African regional institutions and international organisations involved in the MRV/Transparency framework.

No fewer than 14 countries have taken action to be part of the Network and nominated focal point to the Network (one1 for the energy sector and one for the AFOLU sector). These countries include: Benin, Burkina Faso, Cote d’Ivoire, the Gambia, Ghana, Guinea, Guinea Bissau, Liberia, Mali, Niger, Nigeria, Senegal, Sierra Leone and Togo.

Nigeria is being represented at the meeting by senior officials in the Department of Climate Change in the Federal Ministry of Environment: Ann Umar and James Okeuhie.

The ongoing meeting seeks to accomplish the following results:

The meeting is being technically and financially supported by the UNDP/UNEP GSP and the Regional Collaboration Centre of Lomé (RCC Lomé).

Like Loading...
2017-10-12
admin
Previous: Developing nations need backing to adapt to climate change – IMF
Next: International Day for Disaster Reduction: World urged not ‘to turn its back’ on climate change