A group of entrepreneurs in the North-East region has alleged that it’s members are not being carried along as Nigeria implements her climate change and sustainable development-related plans.

At the North-East Nationally Determined Contribution (NDC) Business Roundtable held in Gombe, Gombe State, from October 5 to 6, 2020,  some members of National Association of Small Scale Industries (NASSI) expressed concern over the fact that they are not properly captured in the scheme of things in the implementation of the Paris Agreement on climate change. They demanded more engagement and involvement.

While also seeking awareness and information, the NASSI, who’s membership runs into millions, expressed concern about the impact of Covid-19 on members’ businesses and alleged lack of government interventions to support their recovery.

The group lamented that members, like the welders and fabricators, received no palliatives.

“The Central Bank of Nigeria (CBN) Covid-19 interventions should not be considered as loans, as current banks interests rate ranges between 5-9% with 3% going to the CBN, which is ridiculous, as the CBN is not supposed to be profit making entity. Interventions should be grants, not loans,” declared participants.

They submitted that a major challenge for the region is the issue of insecurity and its attendant socio-economic consequences on businesses and livelihood related issues.

While lamenting that supposed interventions from the Nigeria Incentive-Based Risk Sharing system for Agricultural Lending (NIRSAL) have not provided the kind of assistance expected by small scale industrialists, participants stressed that government’s foreign exchange policies and the practical experiences of businesses are at variance, thus posing risks to businesses.

It was also identified that foreign exchange risks represent an obstacle to small businesses and makes it difficult to factor in climate concerns coupled with negative impact on dividends.

Participants underlined the need for a robust communication tool designed to address all local interest groups in languages that they understand and enable them to participate.

It was thus agreed that participants would be invited to participate in the validation of the Draft NDC Communication Strategy to make suggestions on the mode of communicating the NDC messages to their respective memberships.

The Roundtable along with presentations therein was described as being commendable as an avenue to promote government policies and encourage interactions with relevant stakeholders.

Participants, however, want the Roundtable:

Other key messages from the gathering include:

The forum was a continuation of the Regional Nationally Determined Contribution (NDC) Business Roundtables designed to sensitise and increase private sector participation. Promoted by the United Nations Development Programme (UNDP) NDC Support Programme in collaboration with the DCC, it was the fourth in the series. 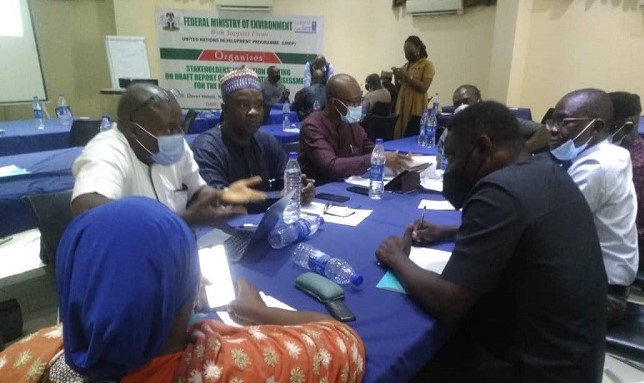 The Federal Government of Nigeria, through the Ministry of Environment, with support from the United ...