UPS has announced aggressive new sustainability goals to add more alternative fuel and advanced technology vehicles to its fleet while increasing its reliance on renewable energy sources. The goals, available in the company’s 2016 Corporate Sustainability Report, support UPS’s commitment to reduce its absolute greenhouse gas (GHG) emissions from global ground operations 12 percent by 2025, a goal developed using a methodology approved by the Science Based Targets initiative. 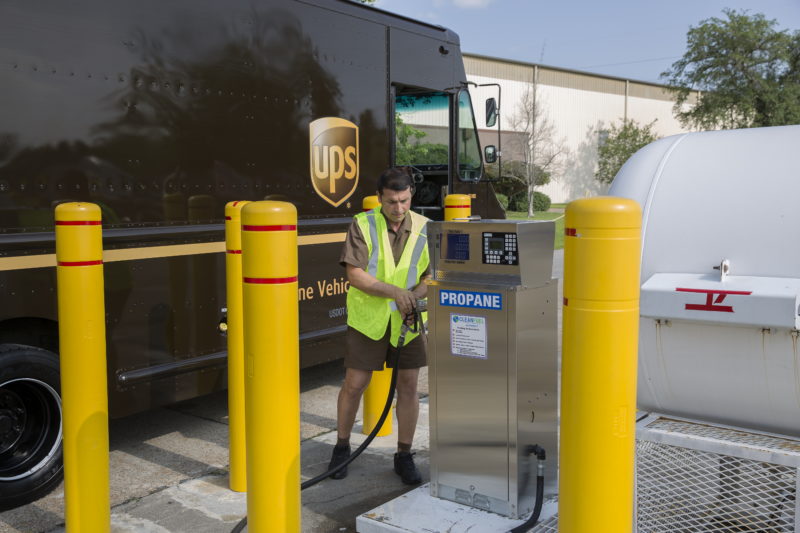 “Because of our size and scale, we know our commitments can shape markets, advance technologies and be a catalyst for infrastructure investments,” said David Abney, UPS Chairman and CEO. “We rely on the ingenuity of our employees, suppliers and technology partners to help us reach goals that will transform the shipping industry and spur innovation.”

UPS has a goal that 25 percent of the electricity it consumes will come from renewable energy sources by 2025, a dramatic increase from the 0.2 percent in 2016. In addition, by 2020 UPS plans that one in four new vehicles purchased annually will be an alternative fuel or advanced technology vehicle, up from 16 percent in 2016. The company also set a new goal that, by 2025, 40 percent of all ground fuel will be from sources other than conventional gasoline and diesel, an increase from 19.6 percent in 2016.

These initiatives reinforce the company’s commitment to reducing its environmental impact despite growth in e-commerce deliveries, which are driving up energy used to operate facilities and power its vehicle fleet.

The UPS vision entails a future smart logistics network of advanced technology vehicles and facilities powered by more diverse and sustainable energy sources, including on-site solar, off-site wind, renewable natural gas, renewable hydrogen, and renewable diesel delivered via advanced energy system infrastructure. UPS already deploys many of these technologies in its ground fleet and facilities, and plans to significantly increase their use in its worldwide fleet.

Since 2009, UPS has invested more than $750 million in alternative fuel and advanced technology vehicles and fueling stations globally. The company used more than 97 million gallons of alternative and lower-carbon fuels in its ground fleet in 2016 and recently made an $18 million investment in on-site solar energy systems across eight facilities. UPS uses its Rolling Laboratory approach to determine which alternative fuels and technologies work best in each situation. From old-fashioned pedal power and electrically-assisted bicycles, to electric, hybrid electric, natural gas, renewable natural gas, propane and renewable diesel, UPS puts sustainability innovation into action, all over the world.

In addition to its environmental efforts, UPS outlined in its Sustainability Report workforce and community goals, including its commitment to achieve 20 million volunteer hours by the end of 2020 and its pledge to donate $127 million in total charitable contributions in 2020, including humanitarian relief and community safety programmes, through The UPS Foundation. The programmes provide support to communities around the world, including UPS’s work with partners to deliver life-saving blood, medicines and vaccines to remote communities and its support of relief organisations.

Previous: Concern over rising drug-resistant HIV
Next: Ex Rangers coach to get N16.7m for wrongful dismissal 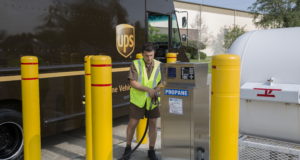 UPS meets cleaner-miles-target ahead of schedule