UNDP to invest N320m on youths, IDPs in Benue

The Resident Representative in Nigeria, Mr Mohamed Yahya, said this when he paid a courtesy call on Gov. Samuel Ortom at the Benue People’s House in Makurdi, the state capital.

Yahya said the organisation was investing additional N120 million to scale up access to livelihood for communities affected by conflicts and IDPs.

He said the project would be undertaken alongside social protection efforts being led jointly with the United Nations High Commissioner for Refugees (UNHCR) and others.

He said the UNDP was going to sustain its support through its integrated Peace-building Programme to foster cohesion, which seeks to address the root causes of conflicts.

“The issue of IDPs is a complex problem and as we discuss, there is a great need to comprehensively explore not just sustainable, but durable and comprehensive solutions that will address the underlying factors of displacement.

“As the UN in Nigeria, and as the development agency of the UN System, UNDP is now engaged with others in the international community to explore viable options of what could constitute such durable solutions to IDPs.

“I am also pleased to inform you that UNDP with support from the Government of Japan, will be making an additional investment of N120 million to scale up access to livelihoods to communities affected by conflicts including IDPs.

“This will be undertaken alongside social protection efforts being led jointly with UNHCR and others,” he said.

Mr Yahya added that another N200 million would be invested to equip Benue Youths with practical skills, technologies and knowledge across the agricultural value chain to encourage their participation in the sector for possible transformation of their lives and communities.

“There is, therefore, a need to harness the demographic dividend and make them our strength in achieving Benue’s development agenda.

“I strongly believe that one way of doing this is to create avenues for their meaningful participation across the agricultural value chain.

“If we make agriculture attractive to our youths by granting them access to a new set of skills, technology, knowledge, capital, information and markets, there is a high likelihood that they will not find value in engaging in any destructive social or political activities.

“As young people find innovative solutions to address the challenges in the agricultural value chain, risks of food insecurity will be mitigated, jobs will be created and the strategic positioning of Benue State as an Agricultural Hub will be achieved,” he said.

Mr Yahya also said UNDP had initiated the procurement of critical equipment for the Peace Agency that Benue State was developing to complement its efforts on peace building.

On the ongoing Covid-19 pandemic, Yahya said humanity was going through unprecedented times as a result of the virus thereby creating a global health emergency that disrupted the daily life of nearly all citizens worldwide.

He said the pandemic had created challenges for Nigeria’s vulnerable population with her complex development setting, which he said called for concerted action to simultaneously mitigate the health and socio-economic implications.

He said the socio-economic impacts of the virus would likely unfold for years to come.

He said it also threatened to not only halt but also to reverse progress on poverty eradication, food security as the country enters a new recession after four years and the achievement of the Sustainable Development Goals (SDGs).

“In addition to the haunting numbers of infections and case fatalities, the pandemic has brought with it an unprecedented human development crisis.

“The impact of the Covid-19 Pandemic in Nigeria has particularly exposed the vulnerability of our rural and urban populations, many of whom are heavily reliant on subsistence farming and informal employment while barely living above the poverty line.

“We have seen the private sector unprepared to provide employment guarantees and a macro SME environment that is almost decimated because of limitations imposed by the crisis,” Yahya said.

In his remarks, Ortom said his administration would continue to support all peace building programmes and resettlement of IDPs in the state.

He said Benue had provided land in Agatu, Guma, Logo, Buruku and Kwande for human security development projects such as housing and livelihood support programmes for the IDPs.

He said the state needed strategic and substantive support to return the IDPs to their communities and appealed to the UNDP to help facilitate the process.

According to him, with the outbreak of Covid-19 pandemic coupled with security challenges, the state is witnessing several cases of sexual and gender based violence.

“As a result of this we have witnessed several issues of sexual and gender based violence all over the place, which we have been doing everything to monitor.”

The governor said his administration had also made available 400 hectres of land for the establishment of an International Agric Business Centre in Makurdi to make the state the agricultural hub of the nation.

Previous: Almost all of South Korea shrouded with yellow dust blowing in from China
Next: Killing of spearfish: NCF appeals to Nigerians to protect marine lives 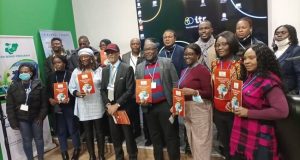 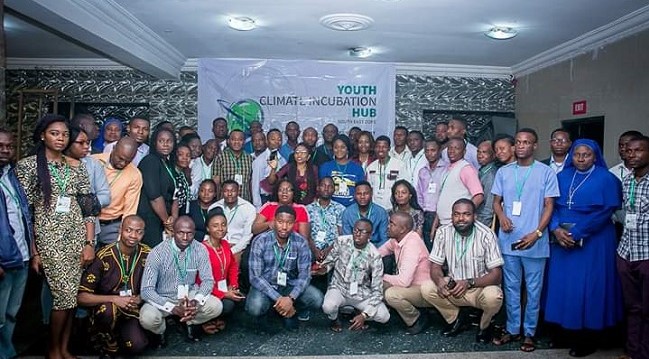 Young people demand action to protect their futures at COP26

Young climate leaders came together in Glasgow on Friday, November 5, 2021 with negotiators, officials ...