The record number of countries set to sign the Paris Agreement in New York on April 22 signals the next step towards the Agreement coming into force and a critical juncture in a global effort to ensure lasting hopes for secure and peaceful, human development, the United Nations Framework Convention on Climate Change (UNFCCC) has submitted. 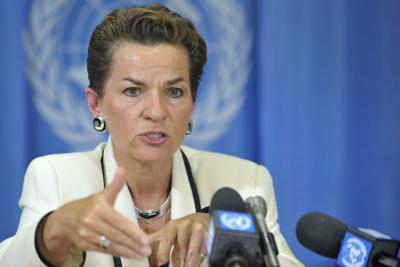 The organisation highlighted UN chief Ban Ki-moon’s dictum that the present generation is the first that can end poverty but the last that can act to avoid the worst climate change speaks to the fact that cutting greenhouse gas emissions in time to prevent unmanageable rises in temperature is the one assurance of keeping those hopes on track.

Ms Figueres will moderate a debate with Segolene Royal, French Minister of Ecology, Sustainable Development and Energy and President of the 21st Conference of the Parties to the UN climate convention in front of an invited audience, on the margins of the General Assembly meeting on the Sustainable Development Goals (SDGs) on Thursday, April 21.

The realisation that climate change and development are solvable only when seen as inseparable is articulated in the 2030 Sustainable Development Agenda, agreed by nations last September at the UN in New York.

Achievement of the Paris Agreement’s climate goals calls for unprecedented rates of decarbonisation. The short 15 years to 2030 will need to deliver unprecedented outcomes in terms of global well-being and poverty eradication.

Nothing less will do than a massive global transformation to clean energy, restored lands and societies pre-proofed against existing climate change.

“Key actors across government, the private sector and civil society are shaping their vision on how they can best contribute to that objective. We have a short window of opportunity to align strategies and to sharpen the focus on the urgency of implementation. Strategic approaches developed this year will shape the overall path for years to come,” said Ms Figueres.

The SDGs not only contain a distinct climate change goal (#13), but climate action is also integral to the successful implementation of most of the other SDGs under the agenda.

This works in three fundamental ways that underpin the relation between the nature of the climate change threat and aspirations for a better, safer, fairer future.

Climate and development are locked together through basic cause and effect, by the need for an unprecedented transformation to a low-carbon economy and through the demanding timetable of action necessary to stay well below a 2 degrees Celsius temperature rise, with 1.5 degrees identified in the Paris Agreement as an even safer line of defence.

These three factors affect every goal.

Climate Impacts Eat Away at Every Positive Human Goal

It will clearly be impossible to end poverty in all its forms (Goal #1), if temperatures are allowed to spiral out of control – emissions need to peak globally in the next decade followed by a rapid decline, ending in a state before 2100 where natural sinks like forests absorb the balance of human emissions.

The same is true for sustainable agriculture, water, oceans, biodiversity, human health and well-being, resilient societies and cities (Goals #1,2,3, 6, 9,11 and 15).

New investment especially must be directed at priorities which target both climate and sustainability with indicators underpinning all the SDGs in mind including climate.

A classic example is investments in land restoration and forests. Forest cover not only absorbs carbon dioxide but stabilises soils, recycles nutrients, manages and feeds river flows and harbours treasure troves of biodiversity including pollinators – services which are all essential to alleviate poverty, sustain healthy agriculture and protect species.

The poorest and most marginalised people and communities, often women and children, are already being hit hardest by climate impacts, which are preventing them from attaining a decent quality of life or enjoying their basic human rights.

The Philippines, Dominica and Fiji are just some countries which can recently attest to the devastating impact of extreme storms.

Impacts on agriculture have a rapid knock-on effect on poverty. Under a scenario with lower crop yields, countries like Bangladesh could experience a 15 per cent increase in poverty by 2030.

Water resources are also at risk, as many expected climate impacts are water-related, such as floods and droughts. Sanitation and water quality are both threatened as storm run-off adds to sewage and could contaminate water supplies.

The global insurance industry has already warned that a world drifting into the temperature spaces above 2 degrees would become, quite literally, uninsurable.

At the heart of the goals which promote sustainable development in energy, economic and jobs growth, industry and infrastructure (Goals 7,8 and 9) is the overwhelming requirement that it is done within a rapid transformation towards low-carbon solutions.

This transformation relies heavily on getting low-carbon technology and investment deployed now because whatever we invest in today – be it power plant, road, bridge, or tiny widget or component – can lock-in the emissions of that investment for its lifetime.

The point where human economic life becomes uninsurable is also the point at which extreme climate impacts start to disrupt or destroy industries, structures, supply chains and farming.

A significant resource for both governments and business to gauge how returns on climate and development investments can be maximised together lies in the almost universal set of national climate action plans which are now to be captured in legal form under the Paris Agreement.

The plans are, in essence, blueprints of policy, actions and investment to take climate action, suited to the individual economic needs of each country. Almost by definition, they are also a roadmap towards more sustainable national futures.

The remaining goals which look to achieve equality, education and justice for all will also fail unless that aspiration includes equal opportunity to take climate action, knowledge and skills on how to do so and a just protection from the impacts of climate change within and between nations.

For example, ensuring women’s full and effective participation and equal opportunities for leadership at all levels of decision-making in political, economic and public life has been shown to be a particularly effective catalyst of climate action, including in poorest, most vulnerable countries.

Climate change impacts inequality because the most disadvantaged groups are particularly affected by climate hazards. It is a known statistic that when they are socially or economically disadvantaged, more women die in hurricanes and floods.

“There is no longer climate action and development action, only sustainable, low-carbon action,” said Christiana Figueres. “Growth can and must be decoupled from fossil fuel consumption and impacts.”

“The only plausible path after Paris is to direct human ingenuity, innovation and implementation towards sustainable, low-carbon growth and development.” 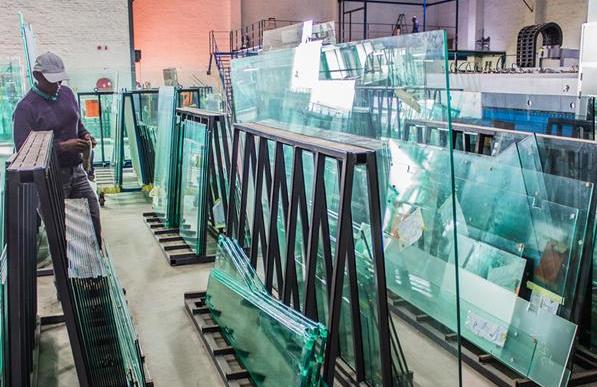 The Federal Environment Ministry of Germany has announced that it is funding a project that ...