The Minister of Environment, Dr. Mohammad Abubakar, has reiterated the commitment of the Federal Government to end open defecation in the country.

Abubakar stated in Abuja on Thursday, November 12, 2020 at a Ministerial Press Briefing held to commemorate the “2020 World Toilet Day” with the theme: “Sustainable Sanitation and Climate Change”.

He said the theme was apt as it underscored the necessity for technologically sound systems for proper waste management and sanitary hygiene practices.

He said  government’s commitment was demonstrated by President Muhammadu Buhari’s declaration of state of emergency on water sanitation and hygiene in the country.

He also identified the signing of the executive order on open defecation free Nigeria by 2025, as another commitment.

He added that the ministry, in collaboration with critical stakeholders, had reviewed and validated the 2005 National Environmental Sanitation Policy Guidelines on safe excreta and sewage disposal.

He said: “The intervention on control of open defecation and the Clean and Green Programme of the ministry are aimed at promoting the provision of safe and adequate toilets across the country.’’

He said the ministry recently signed an MoU with Centre for Science and Environment, India, on technology transfer, capacity building and research development in areas of water sanitation.

He said the centre would be conducting a specialised online training in toilet design and faecal sludge management and reuse for at least 50 Nigerian officials.

He said the officials would comprise of environmental health and sanitation desk officers across the 36 states, FCT and members of inter-ministerial committee on national sanitation by December.

He added that the ministry had handed over modern public toilets to state governments as practical steps to end open defecation by 2025.

“These toilets which are part of the ministry’s community based waste management programme are to be managed by the private sector operators for viability and sustainability.”

He said other toilet projects were at various stages of completion, as he expressed the hope that it would be replicated in all local governments of the federation.

He challenged all national, state and local government stakeholders on environment, particularly sanitation, to take practical steps and actions as agents of change.

“I must remind us that with just 10 years to go, the 2030 deadline to attain the SDG goals for the sake of people and the planet, we must redouble our efforts,” he said. 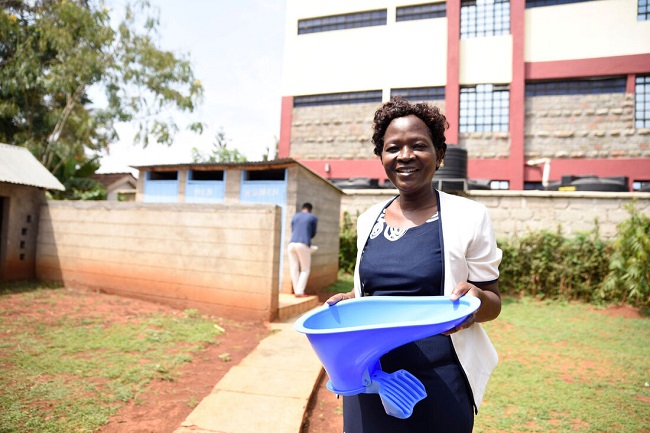