Nigeria’s senior national football team, the Super Eagles, is expected to to leave Abuja to Uyo in Akwa Ibom State on Monday, June 5, 2017 as camp opens for the African Cup of Nations qualifier against South Africa. 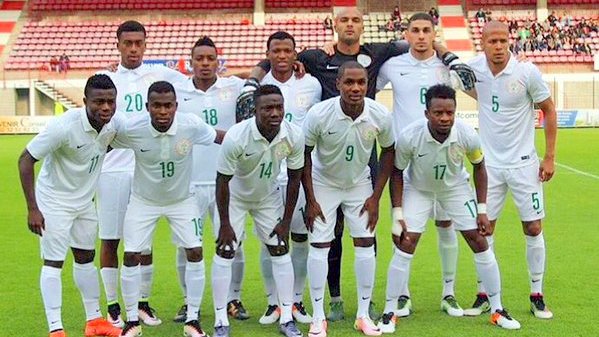 The Eagles began camping on Saturday as the team prepares to face the Bafana Bafana of South Africa at the Godswill Akpabio International Stadium in Uyo on Saturday, June 10, 2017.

Eagles Media Officer, Toyin Ibitoye, told Sportswriters the Eagles would be leaving Monday afternoon to have to have a light training in the evening, but full training session will start on Tuesday, for once a day, so as to maximise the day for the South Africans.

“Most of the players are in camp, but were released on Saturday and Sunday to spend some time with their families.

“Just before the close of Sunday, every body would be back to camp as almost all the players are already in camp,” Ibitoye explained.

The Super Eagles played two friendly matches as a build-up to Saturday’s game. The team drew one-all with Corsica and defeated Togo 3-0, all in France.

Enyimba clinched to the fourth position after the win. MFM Football Club of Lagos, occupies the second spot after a slim 1-0 win over FC Ifeanyi Ubah.

El-Kanemi FC of Maiduguri is third on the log, following a 0-2 loss to Wikki Tourists, in Bauchi.

Earlier, a draw was recorded between Rangers International and Nasarawa United. The match ended 1-1.