In the dissemination of the knowledge gained from the research, John Oluwafemi Olla, the founder of Act Hub Africa and the team of the Social and Environmental Impact Assessment Audit made after the compilation of the results called on government to be more decisive in its approach towards ensuring a sustainable environment in Nigeria. The organisation was founded in 2019 working to ensure that all development projects and extractive activities in Nigeria comply with standards provided in EIA law of Nigeria.

It is pitiable that some Nigerians do not understand much about the concept of EIA and how the non-compliance affects their lives, livelihood, and health.

One of the sustainable and fundamental ways to sort this problem is for the civil society to take up the responsibility of educating the citizens on the need to understand various elements of EIA.

According to a research conducted by Act Hub Africa, more females responded to the questionnaire which implies that women appear more concerned about the issues of environment and EIA in Nigeria than men.

One salient thing that was discovered in the course of the research is that the highest number of age range which can be reached through social media are between the ages of 18 and 35 which implies that the youth constitute the range of people who are most likely to be reached through the social media. Therefore, this poses an opportunity for environmental protection advocates to explore the opportunity of educating the youth to propagate the message about the impact of non-compliance with EIA by the contractor or developer.

During the research, it was discovered that 90% of the respondents do not have basic knowledge of EIA. No wonder the government and other private developers get away with the violation of EIA standards without being challenged or charged. This is because of the ignorance of the people as discovered in the research.

It is, therefore, a call on environmental accountability advocates to rise to the challenge and deploy mechanism of training the citizens of Nigeria on the need to know the signs of non-compliance to an EIA even while the project is being carried out in their communities.

Also, civil society groups should do more to develop contents that are homegrown, generated in the language of the people and simplified in a way that will make the people in the rural communities understand the appearances of non-compliance to EIA in their various communities.

The effect of non-compliance with EIA does not only impact on the environment alone but also poses a threat to food security in Nigeria and Africa at large.

In the survey, we realised that the people believe that government is not doing much to educate its citizens on the issue of EIA for them to be able to get away without carrying out EIA before, during and after the projects. Therefore, the government should do more and ensure that all extractive and other development projects pass through the standard stated in the Nigerian EIA law.

The government should deploy a mechanism that will monitor the process from the beginning to ensure that EIA is carried out before, during and after every development project. The government should involve the citizen in the process of planning and development projects in the communities to carry them along in the frame of things. The EIA law should be made more public so that the citizen can as well lay their hands on it to ensure that developers comply with the standard stated in the EIA.

Nigeria is a signatory to global action on climate change which is one of the targets in the Sustainable Development Goals (SDGs). Therefore, the government must see it as a point of duty to ensure that they do everything possible in their power to ensure that the EIA is carried out to limit the negative impact of development projects on the climate and the environment where these projects are being carried out.

The citizens must be active and rise to the challenge as stakeholders in ensuring that the government works for them and insist on accountability from the public office holder.

Previous: NCF engages children on environmental education at summer school
Next: Why climate change education should be included in schools’ curriculum 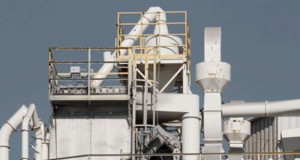