February 27, 2018 Comments Off on Stakeholders want ExxonMobil, Chevron removed from EITI Board 827 Views

The Extractive Industries Transparency Initiative (EITI) is a global standard for the good governance of oil, gas and mineral resources. It seeks to address the key governance issues in the extractive sectors.

However, the inclusion of oil majors such as ExxonMobil and Chevron in the EITI Board has become a cause for concern among certain quarters, who are demanding the immediate removal of these companies.

Nigerian environment activist, Nnimmo Bassey, says: “This is a great call. It does not make sense for companies such as ExxonMobil and Chevron or any oil company operating in Nigeria to sit on the board of EITI.  How can they promote transparency when no one knows exactly how much crude oil they pump out of the poorly metred oil fields of the Niger Delta?

“This is a serious point with regard to Nigeria because we do not see how any tax returns can be trusted if we do not know exactly how much crude oil is being extracted.”

In a recent correspondent to the EITI Boar chair, Fredrik Reinfeldt, a group of concerened stakeholders make a case for the exclusion of the companies from the Board. Excerpts: 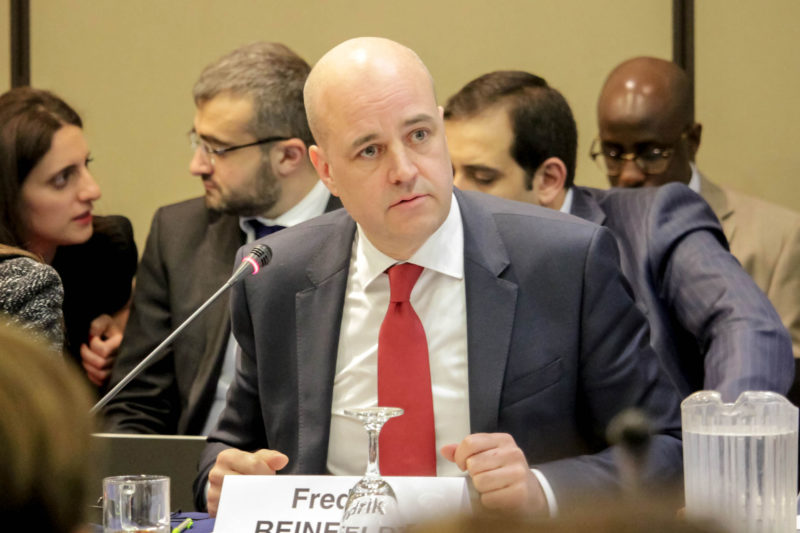 We are writing to draw your attention to actions by EITI Board members that we believe constitute violations of the EITI Code of Conduct and, as such, are grounds for their immediate removal from the Board.

Specifically, we urge that the February EITI Board meeting include a discussion about the refusal of ExxonMobil and Chevron to disclose their tax payments through the term of implementation of the EITI Standard in the United States. We believe strongly that the refusal to engage in this most basic aspect of compliance with the EITI Standard constitutes a repeated and willful violation of the EITI Code of Conduct, the EITI Constituency Guidelines, the Terms of Reference of the now defunct USEITI MSG, and an act of bad faith that is counter to the spirit of the EITI movement itself. These actions not only contributed to the demise of the USEITI process, but damaged the credibility of the Standard and of the EITI both in practice and in the eyes of the global community.

ExxonMobil and Chevron were members of the USEITI MSG from its creation in December 2011 to its disbandment in November 2017. Both companies are members of the EITI International Board’s industry constituency and have served in that role, with a few brief exceptions, since its creation in 2003. From its founding, the EITI and its Standard have required comprehensive disclosure of material payments from companies to governments, including taxes. In fact, no EITI implementation has ever excluded the disclosure of tax payments.

During the December 2015 USEITI MSG Meeting, an ExxonMobil representative provided the following explanation of his company’s decision not to disclose taxes through the USEITI process:

“… knowing that income tax reporting will soon be required under Section 1504 of the Dodd-Frank Act, companies may have chosen to wait until that rule was finalised and the requirements more clear. (ExxonMobil representative) added that many of these companies have exercised leadership in EITI around the world, and are very committed to USEITI and to tax reporting, but are awaiting the finalisation of the SEC’s rulemaking.”

Of particular note, on January 31, 2017, the American Petroleum Institute (API) sent a letter to the Honourable Paul D. Ryan, Speaker of the U.S. House of Representatives, and the Honourable Nancy Pelosi, Democratic Leader of the U.S. House of Representatives, that outlined its strong support for H.J. Res. 41, the law that nullified the U.S. Securities Exchange Commission’s final rule implementing Section 1504. Public lobbying records for that period also indicate that both ExxonMobil and Chevron met with Members of Congress regarding H.J. Res. 41. ExxonMobil’s former CEO, Secretary of State Rex Tillerson – a former chair of the API, played a well-documented role in opposition to Section 1504 during his tenure at the company.

API, of which ExxonMobil CEO Darren Woods is Chairman, and Chevron’s recently retired CEO and Chairman John Watson is a board member, also used false arguments to lobby against Section 1504, despite also being an industry representative on the USEITI MSG.

Section 1504 and its implementing rule are referenced in the EITI Standard and were instrumental to USEITI implementation. The 2016 USEITI Annual Progress Report states, “The regulation (the SEC’s June 2016 final for Section 1504 implementation) would substantially assist the implementation of USEITI. It defined “project” at the contract level and required the reporting of taxes.” Further, the public notes of a January 2017 USEITI workshop include the following references to the importance of Section 1504:

“Section 1504 reporting is necessary to ensure reporting by covered companies meets the requirements of the EITI Standard…The group discussed the intrinsic nature of Section 1504 to the USEITI process and its equivalence to implementing legislation. As such, should 1504 be undone, USEITI would not have a path forward to implementation and validation.”

In the November 2017 statement announcing the end of USEITI implementation, the U.S. Department of Interior (Interior) falsely suggested that U.S. laws restrict companies from voluntarily disclosing information, including taxes. However, a May 2017 Interior Department Inspector General assessment of USEITI points out that the Internal Revenue Service may disclose tax data with the authorisation of the taxpayer. Interior’s November 2017 assertion echoes false insinuations by both ExxonMobil and Chevron that indicate laws prohibit tax payment disclosure. To the contrary, Dallas-based Kosmos Energy has voluntarily disclosed its U.S. tax payments for years, and BHP Billiton, one of the largest mining companies in the world, voluntarily disclosed its tax payments to the U.S. government before it was required to do so by the EU Directives.

This issue could have been avoided if there was a standard that required companies to practice what they preach and disclose their payments fully as a condition of being an EITI supporting company or EITI Board member. In the absence of this, and in light of the ongoing circumstances outlined above, we recommend strongly that these companies be removed from the EITI Board for violating the EITI Code of Conduct, as well as the spirit of EITI, thus endangering the EITI Standard.

We thank you and the EITI Board for their consideration of this important matter.