June 9, 2014 Comments Off on Solar power for rural areas: The Jigawa experience 801 Views

There is a revolution going on in Jigawa State. In what appears like the original blueprint for the Federal Government’s recently launched operation “Light-Up Rural Nigeria”, Governor Sule Lamido, right from the time he assumed office seven years ago, embarked on an aggressive programme of incubating a rural solar ecosystem. In pastoral communities which normally would never dream of seeing electricity in their midst because they are nowhere near the national grid, there suddenly comes power – street lights, electric powered boreholes, illuminations for homes, shops and Mosques – all supplied by the ever smiling sun over their habitat. So, overnight, Jigawa becomes home to clusters of off-grids, stand-alones and mini grids of renewable energy. Surely, were the much vaunted Peer Review Mechanism among states in Nigeria working as it should, by now, Lamido’s example would have catalysed a nationwide off-grid revolution.

Granted, the Federal Government last January announced a move towards rural off-grids; but that is painfully late. For a country that is so irradiated with solar ambience that even the foremost renewable energy-deploying Germany wished it had some fraction of our sunlight, it is an unforgivable sin to allow our poor rural community dwellers continue living in darkness, and choking from kerosene lanterns and sundry carbon-spewing light sources.

Jigawa’s rural electrification via solar power is relatively cheap and fast to replicate. It also has the dual function of lighting up the villages and creating jobs at the same time. The mode of selection of sites for the off-grid solar project is based on democratic rotation of projects around the state’s three Senatorial districts. Twenty seven villages have been covered already, while three shall be powered this year. In each selected community, more than 60 households are beneficiaries, and then the general village benefits from the centralised streetlights, Mosque lighting and solar boreholes.

Then, in the spirit of the state government’s policy thrust of rural empowerment, the government constructs right in the centre of the beneficiary village, a solar enterprise lock-up shops which are rented out to local entrepreneurs who use them as business centres while paying a monthly token to the government for maintenance of the infrastructure. There are barbers, tailors, chemists (which effectively serves as village dispensary) and battery charging station operators, and other rural artisans taking up the shops.

Therefore, right inside the hidden enclaves of Jigawa villages, one will be taken aback to stumble across a sudden paradise where there is solar lighting for home systems, solar street lighting, solar lighting for public facilities, battery charging stations, solar enterprise lock-up shops, solar motorised water boreholes, solar vaccine refrigerators, and solar lighting back-up systems. This has a great resemblance to the solar centre paradigm which is used in other renewable energy-savvy developing countries, like Kenya, for energy efficiency and social enterprise purposes.

According to a renewable energy expert who explained the concept adopted by the Jigawa State Government, “This project will strive to spawn a grass roots solar industry that can sustain its momentum with new jobs and businesses that focus on system installation and maintenance. The solar-powered micro-enterprise buildings are the project centrepieces in each village. Each centre provides electricity to six very small businesses that would otherwise not have access to electricity. The shared PV (photovoltaic) system, much less expensive than individual systems for each shop, allows tailors to move up from manual sewing machines to electric; barbers, from manual clippers to electric, and similar improvements in productivity for other types of businesses.”

During the Federal Government’s Light-Up Rural Nigeria launch earlier in the year in Abuja, President Goodluck Jonathan said that the project had been initiated under the second phase of his government’s power sector reform programme planned for the post-privatisation period. He said the initiative was conceived primarily to promote the use of renewable energy, thereby assisting the vision of providing reliable electricity supply to all Nigerians. He also said the project would go a long way in providing clean, cheap and reliable renewable energy that would address some of the challenges of climate change in the country.

I have a word for the government as it gets set to start its nationwide rural solar electrification project. Renewal energy programme is not sustainable without appropriate government policies and legal frameworks which can bring in the private sector to drive the process. In other parts of the world, renewable energy policies have translated to renewable energy laws. In Nigeria we are still stuck with policies. Plenty of high sounding master plans and blue prints, but no action. This is a great discouragement to foreign investors who want to come to Nigeria and invest in our richly endowed natural environment.

Without the appropriate laws – for instance, Feed in Tariff (known generally as FiT) and net metering rules – the planned nationwide renewable energy power projects shall end up as another cesspool of corruption and graft. What is more, after this government leaves office, and if the next government is not interested in it, which is more likely than not, this remarkable initiative shall become an abandoned project, and then the wheels of our renewable energy development will grind back to the starting point at ground zero.

In Jigawa State today, this is the big albatross facing the whole populace. They are all keeping their fingers crossed that the next governor would be as visionary, benevolent and environment-friendly as Lamido, who does not wait for international donors and development partners to fund the rural off-grid projects. His 100 per cent fund-allocation to the rural solar project effectively presents a sustainability question.  The project executors are now in the drawing board room cudgelling their brains to come up with probable post-2015 strategies for the laudable projects. One of the potential strategies is Public Private Partnership, which ironically still begs the question – without appropriate renewable energy laws, PPPs are nonstarters at best.

Experts all over the world aver that without proper government support, renewable energy projects cannot stand. In Nigeria, a scientific study has arrived at the same conclusion. In 2012, an investigation to know if off-grid electrification using solar photovoltaic panels is economically viable, conducted by Akpan Uduak Sylvester and Ishak Salisu Rabiu, was released. The “Electricity Access in Nigeria” investigation has the following to say.

“In line with the government’s target of ensuring 80 per cent electricity coverage in Nigeria by 2015, this study examined the viability of using solar photovoltaic panels in a decentralised off-grid electrification project for a typical rural community in Northern Nigeria. The choice of Northern Nigeria is based on its solar energy potential, and low population density. The study compared the total cost of providing electricity using solar PV panels for 25 years to a rural community of 50 households, and an electricity load of 82.7kilo watts with that of paying electricity tariffs assuming grid connection was possible.

“The results show that such project will not be economically viable at the prevailing commercial interest rate. However, the viability of the project significantly increases if there is adequate government support through the provision of low interest loans or financial grants (as production subsidy). Such subsidy will not result in economic waste since the target is clearly defined. Apart from government, financial incentives, removal of barriers to private investment e.g. legal and regulatory barriers and proper risk management will make the project more viable. The following recommendations are hereby made: Government should create support mechanisms to support private sector investment in off-grid electrification programmes to meet the 80 per cent electricity coverage by 2015; a clear legal and regulatory framework should be established to incorporate the private sector in the rural electrification plan.”

Previous: Why Biosafety Bill should not sail through, by Bassey
Next: Ojo, Sanchez demand urgent climate action 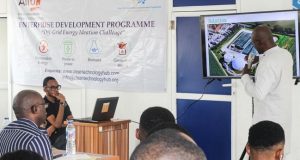 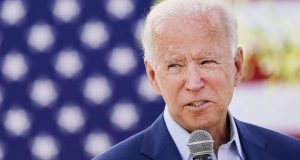 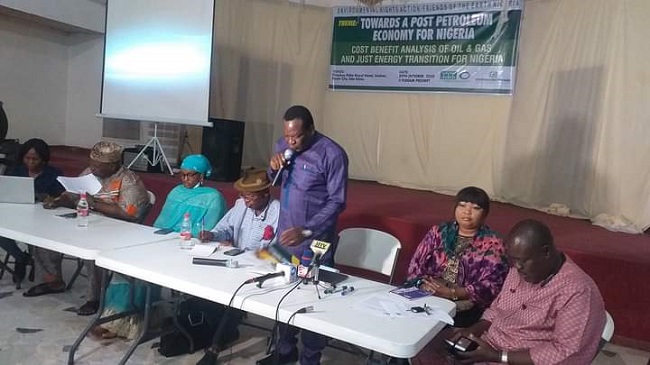 The Nigerian government has been told to diversify national energy sources to encourage state and ...