The World Health Organisation (WHO) said on Monday, August 21, 2017 that it is working closely with the Government of Sierra Leone to prevent the spread of infectious diseases such as malaria and cholera in the wake of last week’s mudslides and flooding in Freetown. 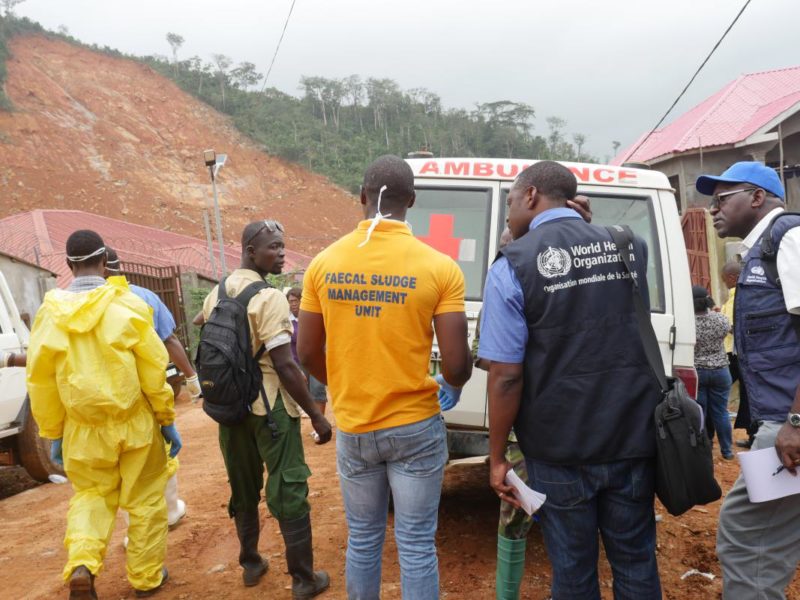 The UN health body is also working with partners to ensure ongoing health care for the injured and displaced, and to provide psychological aid to those coping with trauma.

Around 500 people are known to have died as a result of the flooding and mudslides that devastated whole communities in and around Sierra Leone’s capital, Freetown, and hundreds more are still missing. With thousands displaced and local infrastructure destroyed, WHO has mobilised significant human, technical and financial resources to respond to the emergency.

“The mudslides have caused extreme suffering and loss of life, and we must do all we can to protect the population from additional health risks,” said Alexander Chimbaru, Officer in Charge of WHO Sierra Leone.

With damage to water and sanitation facilities, residents of affected areas are particularly vulnerable to outbreaks of pre-existing infectious diseases including malaria and diarrheal conditions such as typhoid and cholera. The most recent cholera outbreak in the country occurred in 2012.

WHO is working with health authorities in the country to maximise efforts to prevent and respond to disease outbreaks. Cholera response kits, including rapid testing tools, are being distributed to areas at risk; health and community workers are being trained to recognise the signs of priority diseases, and the organisation is sending additional cholera and emergency kits to the country.

“While the Government and WHO are working hard to strengthen health services in the affected areas, we also urge the population to take the following precautions to help avoid a possible outbreak: hand washing, drinking only water that has been properly boiled or treated, use of latrines for sanitation, and adherence to good food hygiene practices,” added Dr. Chimbaru.

WHO is also providing extensive support in the area of infection prevention and control at health facilities and at the mortuary located at the Connaught Hospital in Freetown, as well as community engagement and psychological first aid.