The current Ebola virus outbreak in West Africa has heightened the quest for a deeper understanding of the molecular biology of the virus, which scientists say could be critical in the development of vaccines or antiviral drugs to treat or prevent hemorrhagic fever caused by Ebola. 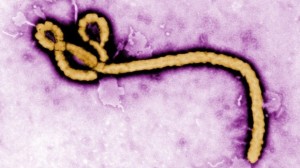 A team at the University of Virginia (UVA), USA, led by Dr Dan Engel, a virologist, and Dr Zygmunt Derewenda, a structural biologist, has obtained the crystal structure of a key protein involved in Ebola virus replication, in the nucleoprotein (NP) of the Zaire strain of Ebola virus.

The team explained that their structure reveals a novel tertiary fold that is expected to lead to insights into how the viral nucleocapsid is assembled in infected cells. The team said the structure could also provide a basis for the design of drugs to halt infection in humans, saying it is unique in the RNA virus world.

Derewenda said, “It is not found in viruses that cause influenza, rabies or other diseases. It distantly resembles the β-grasp protein motif found in ubiquitin, most likely the result of convergent evolution.”

Like many other related viruses, Ebola virus contains a negative-sense, single-stranded RNA that encodes seven different proteins, one of which is known as the nucleoprotein (NP) for its ability to interact with the viral RNA genome. It is the most abundant viral protein found in infected cells and also inside the viral nucleocapsid. While five of the seven viral proteins have succumbed to structural characterization by X-ray crystallography, NP so far has resisted such attempts, although analogous proteins from other viruses have had their structures analysed.

The UVA team produced the Ebola protein using an engineered form of Escherichia coli bacteria as a protein factory. This allowed them to identify the boundaries of two globular domains and to crystallize the unique C-terminal domain spanning amino-acid residues 641 to 739. The study revealed a molecular architecture unseen so far among known proteins, the team says. There is existing evidence that the newly characterized domain is involved in transcription and the self-assembly of the viral nucleocapsid. As such, the results obtained by the UVA team will be useful in deciphering precisely how these various functions are accomplished by the virus; such a detailed description offers up a potential target for the design of anti-viral drugs.

The wait for the anticipated medicine for the deadly Ebola Virus Disease may be over in November, as a medicine for its treatment may be unveiled then.

Although, the medicine, according Gamhewage, would be used in treating health workers, it adds to the positives being recorded in the battle to curb the current Ebola outbreak.

She said this is the outcome of not less than 11 candidate drugs being tested for protection against the virus, some of which are serum based.

Meanwhile, the Lagos EOC incident manager has said that “as at September 18,” there should be only one person left to follow up on, out of the 366 primary and contacts of the late Liberian that were initially under surveillance in Lagos State.

He also emphasised during the interview that there is no Ebola in the Nigerian community, explaining that everybody that has had the disease stemmed from one person, the Liberian.

Nonetheless, outcomes of the recent Ebola Virus Disease outbreak in Nigeria and other countries have shown that about 50 per cent of those infected have survived to the delight of the World Health Orgnaisation (WHO), other agencies and experts that have been working to tame the disease since it broke out in West Africa this year.

Information from the WHO have disclosed that the total number of probable, confirmed and suspected cases in the current outbreak of Ebola virus disease (EVD) in West Africa was 4366, with 2218 deaths, as at September 7, indicating an over 50 per cent survival rate in the affected countries.

This is happening at a time scientists have obtained further insights about a key protein involved in the Ebola virus replication, a further boost to the body of knowledge on the virus and the way it acts.

As at Tuesday last week, no new case of Ebola was recorded in Nigeria, as the total number of confirmed cases remained 19 (15 in Lagos and 4 in Port Harcourt). Twelve out of all confirmed cases have so far survived, indicating an over 63 per cent survival rate in the country.

WHO puts the total survival rate across all affected countries in the recent outbreaks at over 47 per cent, a significant reduction from the over 90 per cent death rate reported among infected persons in previous outbreaks.

Gamhewage, who was speaking to Nigerian journalists during a workshop on Ebola Communication held in Lagos, said this is happening even in countries whose health systems are far weaker than Nigeria’s. 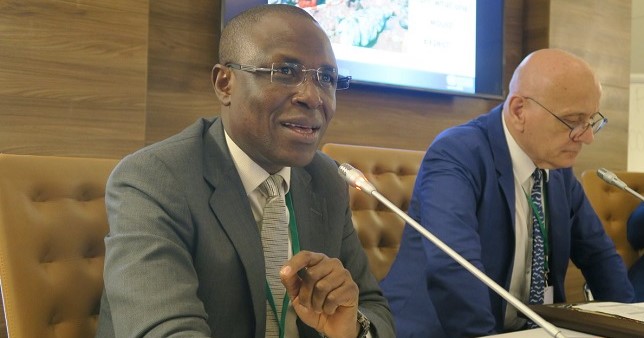 A leading expert at the World Health Organisation’s (WHO) Ebola response team, Ngoy Nsenga, has ...