The Coordinator of African Union’s Semi-Arid Food Grain Research and Development (AU-SAFGRAD) has disclosed that climate change and desertification play a significant role in destabilising the already human development gains, and therefore called for a holistic mobilisation of communicators and media practitioners in curbing the long ailing environmental menace that entangle the continent’s sustainable development potential. 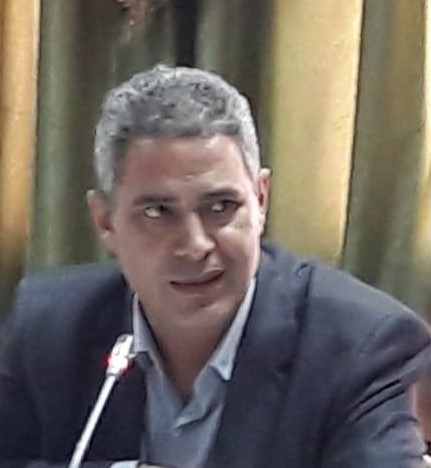 Dr. Ahmed Elmekass was speaking at the official opening ceremony of a two-day consultative regional workshop themed “Strengthening the Role of Communication and Media in Building Resilience of Rural Livelihoods through Adaptation and Mitigation to Climate Change and Combating Desertification” in Ouagadougou, Burkina Faso.

Climate change and desertification, Dr Elmekass noted, play a significant role in human history, contributing to the collapse of several large empires, as well as causing displacement and relocation of local populations. He adduced that it is also the cause of most conflicts arising from natural resources use with loss of lives and properties and large scale emigration. Great social and economic losses have been linked to climate change and desertification, he pointed out.

Adding on, he disclosed that African Union through a number of resolutions and decisions made by the Heads of State and Governments has always put land degradation, desertification and climate change in front of its development agenda, among which is the Comprehensive Africa Agriculture Development Programme (CAADP), that made of sustainable land management and reliable water control systems as a priority and a component closely linked to eradicate hunger.

The AU-SAFGRAD boss said the Malabo Declaration in Equatorial Guinea was where African Heads of State and Governments committed themselves to enhance resilience of livelihoods and production systems to climate variability and other related risks. The African Union Agenda 2063 and its 10 years Action Plan “Africa we want” indicated aspiration as “a prosperous Africa based on inclusive growth and sustainable development”.

He described the Great Green Wall for the Sahara and the Sahel Initiative (GGWSSI) as a pan-African programme launched in 2007 by the African Union (AU) with the objective to reverse land degradation and desertification in the Sahel and Sahara, boost food security and support local communities to adapt to climate change.

Participants at the consultative regional workshop

The theme of this year’s dialogue spans beyond just the role of communication in building resilience issues, he stressed, even as he thanked the communicators and media executives for playing an important role in awareness and transferring the political and technical messages from the decision makers and scientists to the local communities at the receiving end. Moreover, he said, the impact of those messages should reach the decision makers through the media, among others. He emphasised that transferred messages built on experience on the field and target group will have appropriate solution in contributing significantly in solving many challenges being faced in Africa.

“Therefore, you the communicators and media, your role is crucial in transforming Africa and achieving our target ‘Africa we want’,” Elmekass said.

He added: “Arable land is vital for Africa, both as a key assets for farmers and, together with vegetation, help store carbon that would otherwise be emitted into the atmosphere and contribute to climate change. Two decades ago, the first ‘Earth Summit’ in Rio, Brazil in 1992 gave birth to three conventions, including the UN Convention to Combat Desertification (UNCCD).

“It must be borne in mind that combating desertification is a collective responsibility as the causes are cumulative and often unobserved with loud and devastating effects. Therefore, all hands must be on deck to stop this great scourge that seeks to consume entire population and the continent. Policy and decision makers at all levels, scientists, farmers, development planners, women, youths, religious leaders and children must all be involved.”

By Sheikh Alkinky Sanyang in Ouagadougou