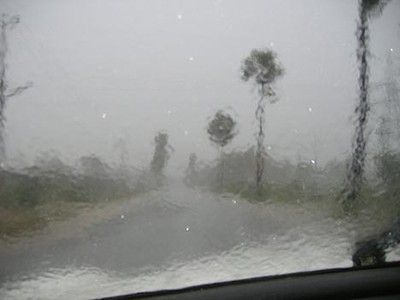 The storm also destroyed electric installations and brought down trees to block some streets.
The areas worse hit are Sabon-gari, Samaru, Danmagaji, Wusasa, Kofar Gayan Low Cost Housing Estate and parts of Nuhu Bamali Polytechnic temporary site, among others.
A NAN correspondent, who visited the affected areas, saw residents trying to salvage some items, while the debris of destroyed structures were being cleared.
Efforts to speak with the Interim Management Committee Chairman of Zaria Local Government Council, Alhaji Ja’afaru Abbas, were not successful but a top official of the council, confirmed the extensive damage by the storm.
“We have been trying to see how we can assist the victims,” the official said, pleading anonymity.
A cross-section of victims who were interviewed, expressed shock over the incident, describing it as the worst in the past 10 years.
One of the victims, Malam Sani Aliyu, described the development as “the will of God Almighty that no human could have stopped’’.
He appealed to the relevant authorities to come to their aid to cushion the effect of the rainstorm.
Another victim, Alhaji Ilyas Is’haq of Sabongari, said that the disaster came at a time when people had no money at hand, hence the need for the Kaduna State Emergency Management Agency, to urgently assist the victims.
Malam Mamman Magaji of Wusasa, said that the entire roof of his house was removed, while part of the fence covering the house was also brought down.
Most of the victims are low-income earners, struggling to meet the basic challenges of life.

Sydney has officially seen enough rainfall for meteorologists to...

Simon Stiell: International community must together steer a new course of climate action

A Declaration calling for African governments, the African Union,...