The Police Campaign Against Cultism and Other Vices (POCACOV), a non governmental organisation, says proper planning of cities and towns is a panacea to crimes in Nigeria.

The National Coordinator of POCACOV, CSP Ebere Amaraizu, said this in an interview in Enugu on Monday, March 29, 2021.

According to Amaraizu, a well-laid out urban and regional plan in communities cannot be overemphasised as it will help in the security coverage and crime prevention of ungoverned spaces.

“Record has it that there are some spaces that are ungoverned due to non-compliance to the laid down urban and regional planning framework, which has made the policing of the said areas difficult.

Amaraizu, however, said that crimes and other incidences of insecurity would be difficult to tackle in areas that are not planned because individual households are not easily identified as they appear fused together.

ALSO READ:  Nigeria conferred seat on executive board of UN-Habitat

The POCACOV national coordinator said that, based on the identified factors, the organisation has widened the scope on its stakeholders to include town planners.

“This was done in partnership with urban and regional planning agencies and associations to raise awareness so that stakeholders will join hands to address badly planned or non-existence of layout plans in some communities in the country.

“This move will enable our ungoverned spaces to be captured thereby enhancing public safety as contained in the Nigeria Police Public Safety and Security Framework of Inspector-General of Police, Mr Mohammed Adamu,” Amaraizu added.

Like Loading...
crime Police Campaign Against Cultism and Other Vices (POCACOV) Towns and Cities Urban and Regional Planning 2021-03-30
Michael Simire

Tagged with: crime Police Campaign Against Cultism and Other Vices (POCACOV) Towns and Cities Urban and Regional Planning 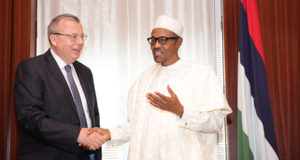