The Federal Government has been advised to allocate more resources and ensure its timely release to enable Nigeria benefit from the 24th Session of the Conference of the Parties (COP24) to the United Nations Framework Convention on Climate Change (UNFCCC) scheduled to hold next year in Poland. 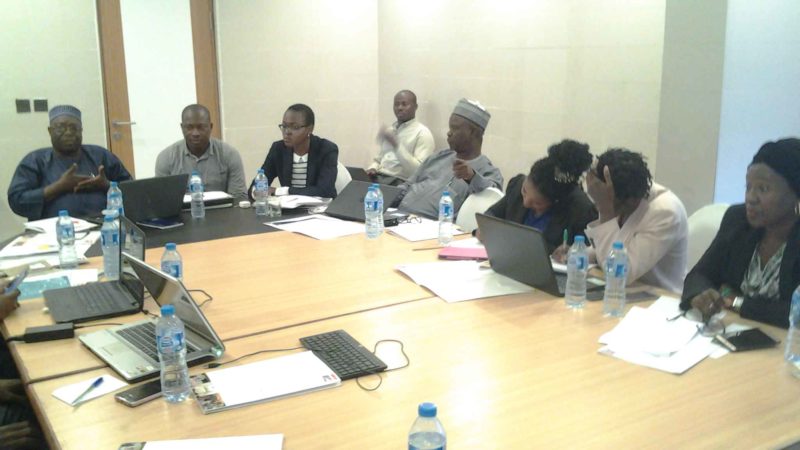 Participants at the Post-COP23 meeting in Abuja

The sentiment was expressed at a Post-COP23 meeting held on Monday, December 4, 2017 in Abuja.

This is even as findings by EnviroNews have revealed that lack of resource appeared to make the 2017 COP23 participants from Nigeria to somewhat lack in coordination.

Participants at the review meeting of the 2017 COP23 comprising civil society organisations (CSOs), Labour and other experts in the environment sector are of the view that Nigeria needs to do more in terms of preparation for such a global gathering.

Speaking with EnviroNews, an environment expert, Prof. Emmanuel Oladipo, said: “The government has to find a way by which resources allocated to the COP will be made available in time.

“Latest by the month of August next year these resources should be made available to the Department of Climate Change so that they can use to coordinate to ensure whoever is supposed to be there, is there in time.

“Nigeria participated effectively (at COP23 in Bonn, Germany), what happened was that because of certain constraints, all of us could not go at the same time and stay for the whole two weeks there. So that could not bring out the type of synergy that could been very ideal.

“However, the lesson from that is that we need to be more prepared; secondly, do a lot more within the country to determine what we need to do and how we should do them to ensure that we contribute maximally to the global effort at reducing climate change.”

Prof. Oladipo explained that the COP23 was to gear up nations into agreeing on the path that they need to take to ensure effective implementation of the Paris Agreement.

Speaking, the Project Manager, Friedrich-Ebert-Stiftung (FES), Henry Okotie, the convener of the day-long gathering, said that meeting was to review the recently completed COP23 and to share experiences.

He said: “You know before now, we had a pre-COP meeting for Nigerian participants, particularly from the CSOs and Labour, which are our core partners.

“After the COP meeting, we just wanted to look whether the aim of actually going to the COP by the Nigerian state is achieved and what were the presentations there, basically to evaluate the COP meeting, especially that it was hosted by the country where it all began – Germany.

“The meeting is to also share experience and probably improve on how to move forward. Again, to also articulate the various experiences and input that we got from COP23 so that it could be an input for government and policy and decision makers to be able to take into cognisance the role of the CSOs in climate change issues.”

“Well, whether you are prepared for climate change or not, it is a natural phenomenon but the issue is how prepared are you to adapt to whatever the effect of climate change and most importantly, to mitigate the situation before it gets out of hand.

“That is the essence of the COP meeting, to look into how this climate change can properly save humanity, save jobs and provide better environment and all of that. It could happen anytime, that is why it is necessary that one is prepared for it,” he said.

On her part,  the focal point on Climate Change of the Nigeria Labour Congress (NLC), Hauwa Mustapha, called on the government to take proactive measures to ensure that Just Transition is taken seriously for protect workers from being displaced due to the effects of climate change.

“Just Transition is an initiative of the international labour and the whole thing is about the realisation of the fact that climate change is real and the reality of climate is that a lot of traditional things we are used to will definitely change including jobs, particularly, in this era that we are in support of the campaign in keeping fossils in the ground where we begin to look for alternative to fossil fuel, alternative mode of production, greener economy,” she said.

Hauwa further explained that Just Transition is recognising that there is going to be a move to wards a greener economy and that workers need to be re-skilled psychologically, mentally and physically towards the newer jobs.

Responding to a question on whether there is danger ahead if the government fails to take the issue of climate change seriously considering its effect, Hauwa said: “Yes, if the government delays or does not take the appropriate action at the appropriate time, there is going to be industrial conflict because you will find situations where the right policy is not being developed and implemented and that programmes are not adequately put in place to cater for workers in that process.

“Beyond industrial crisis, it is also going to led to social crisis because there will be increase in poverty due to lack of conscious preparation to absorb the shock in the economy. Poverty, you know, can also lead to other social ills.

“These are some of the things we envisage if the government does not take appropriate actions at the appropriate time.”