The tropical forests of the Paraguayan Chaco are said to be disappearing more quickly than any other forests on earth. 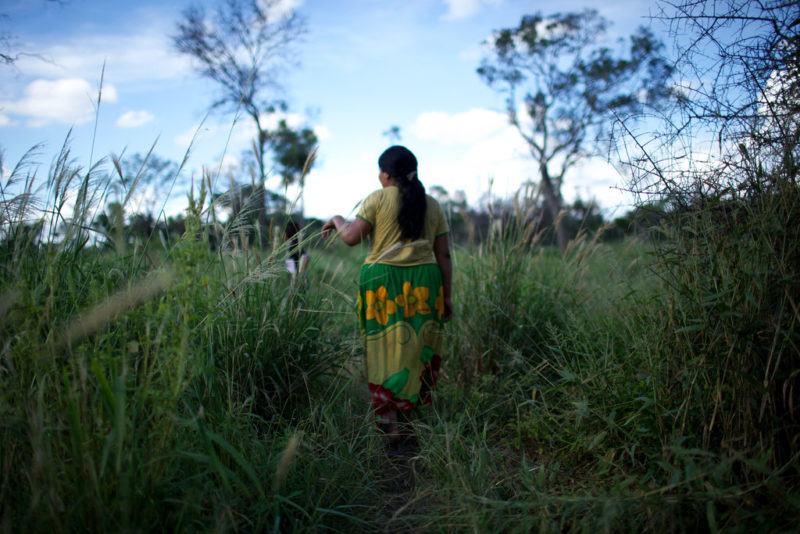 Exploitation of the Paraguayan Chaco forest threatens to wipe out the Ayoreo, one of the last indigenous peoples living in isolation from industrial society. Photo credit: New York Times

According to conservationists, the rampant destruction is threatening jaguars, anteaters, armadillo, 500 species of bird, and several endemic species that can’t be found anywhere else in the world. It also threatens to wipe out one of the last indigenous peoples living in isolation from industrial society, the Ayoreo, who rely on the forest to freely pursue their nomadic lives.

Not-for-profit group, Rainforest Rescue, says the devastation is being caused by big agricultural companies, seeking to produce charcoal and rear cattle for beef. The trees are cut down, fed into smoking ovens, turned into charcoal and the charcoal is sold in some of Europe’s biggest supermarkets, adds the organisation.

Indeed, some 30 football fields of natural Paraguayan forest are presumably being destroyed every single day to supply the demand for charcoal. Every two weeks, an area the size of Manhattan disappears into charcoal ovens.

British environmental organisation, Earthsight, has traced charcoal from forest destruction in the Paraguayan Chaco to supermarkets in the EU and US, including major chains Aldi, Carrefour and Lidl.

“Without knowing it, customers across Europe are buying bags filled with felled trees from old-growth forests in South America, and using them to light their barbeques,” says Toby Hill, a researcher at Earthsight.

Earthsight’s report charts the journey of the carbonised trees into European supermarkets like Aldi, Carrefour and Lidl. It states that, by selling the charcoal, the supermarkets are fuelling an environmental crisis that is endangering a region described by David Attenborough, veteran broadcaster and naturalist, as “one of the last great wilderness areas in the world”.

In an open letter to the supermarkets, Rainforest Rescue urges immediate action:

The British environmental organization Earthsight has traced charcoal from forest destruction in the Paraguayan Chaco to branches of Aldi, Carrefour and Lidl in Europe.

The production of this charcoal is having a devastating effect on the environment and local people. Charcoal producers are clear-cutting the country’s tropical forests, doing the dirty work for the beef industry who then use the cleared land to rear cattle. This threatens endangered and endemic species as well as indigenous communities who rely on the forest for their livelihoods.

Most of this charcoal is exported to Europe. Every customer who buys and burns this charcoal in their barbeques is unwittingly contributing to the rapid destruction of forests in the Paraguayan Chaco. Please take immediate action to ensure that no charcoal from forest destruction in Paraguay is sold by your company.