Nnimmo Bassey: How pollution has stolen our mothers

October 24, 2015 Comments Off on Nnimmo Bassey: How pollution has stolen our mothers 870 Views

Nnimmo Bassey, Director, Health of Mother Earth Foundation (HOMEF), at the recent workshop (in Bori, Ogoni, Rivers State, Nigeria) on “Building Community Resilience towards the Implementation of the UNEP Report” says that women must be fully involved in monitoring the process and be watchdogs over the environment, especially the clean-up of Ogoniland 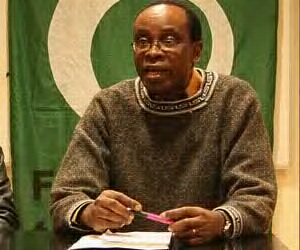 A Garden of Hope was planted at the Ken Saro-Wiwa Peace Centre, the premises of the Movement for the Survival of Ogoni People, in July 2015. Present at that notable occasion was Vandana Shiva who is an esteemed Fellow of HOMEF’s Sustainability Academy, also the President of MOSOP, Legborsi Saro Pyagbara, among other respected leaders. It was a gathering of Ogoni women, deliberating on strategies to protect their seeds in a hostile environment and to stand as ecological defenders. Now, before Vandana Shiva spoke, we had an interactive session during which one of the Ladies present said she had to tell us why there were no old women amongst them. It was a question on our minds, a question we had all wanted to ask, so her offer was most welcome. She simply stated, “Pollution has stolen our mothers.”

That was a pregnant statement, a great metaphor of the reality of the impact of hydrocarbon pollution in Ogoniland. This single statement explains the carnival of funerals of young persons in these parts, as Comrade Celestine Akpobari often describes it. Apparently pollution has not only stolen the mothers, but also the prospects of regeneration for many, add to these also that it has been said that incidents of ladies experiencing ‘menopause’ well before the age of forty is on the increase in Ogoniland.

If this the environmental situation of Ogoniland, then, Were Ken Saro-Wiwa and MOSOP right when they began intense campaigns from early 1990s for the clean-up of Ogoniland? Were the Ogoni people right to raise so many questions?

The Assessment of the Environment of Ogoniland as carried out by the United Nations Environment Programme (UNEP) handed to the Federal Government on 4 August 2011 was an answer to the many questions that Ogoni people had been asking. Today we have the word of the President that the clean-up of Ogoniland will be fast tracked. As we speak, it will soon be two months since that promise was made and it will be unwise for us to not utilise the hiatus and prepare for the implementation of the answer. Someone once said that the “Unquestioned answers are more dangerous than unanswered questions.”

We are not gathered to question the UNEP Report, but we will interrogate our readiness to engage with the processes and institutions being set up to bring our answers into effect. First, we will assure ourselves that the implementation of the UNEP report is a lifeline that must be unreservedly grabbed. Anything to slow or abort the process should be seen as an attempt to keep the people trapped in the death-grip of hydrocarbon pollution. The pledge to fast track the clean-up is a clear answer as to whether the clean-up would ever happen. With two months gone with no concrete actions yet, we have reasons to raise new questions as to when the clean-up would take off in earnest.

Women must be fully involved in monitoring the process and be watchdogs over the environment. We recall that in August 2014 some of you agreed to be a part of the Ogoni Women as Ecological Defenders (OWED); well, now is the time to step up the network. Pollution must no longer be allowed to steal our mothers.

We will also use this training programme to review the answers and recommendations made by UNEP, we will share knowledge on environmental health monitoring and resolve to work together to ensure that the restoration of Ogoni environment, births the hope that the highly polluted environments elsewhere in the Niger Delta and all over Nigeria will be equally cleaned up.

In a few days the 10th of November will roll in. For lovers of environmental justice, it is the Day of Infamy and a Day of Rage. That will be the 20th anniversary of the martyrdom of iconic Ogoni leaders – Ken Saro‐Wiwa, Saturday Dobee, Nordu Eawo, Daniel Gbooko, Paul Levera, Felix Naute, Baribor Bera, Barinem Kiobel and John Kpuine. Besides these nine mena, other noble Ogoni leaders and peoples lost their lives in the continued struggle for a safe Ogoni environment. It has been a hard road to travel in the struggle against the power of capital in the shape of entrenched polluting oil companies.

A successful clean-up of the Ogoni environment will attest to the fact that the struggle for a clean environment is not a criminal desire, but a necessity, one that we must all demand and contribute to. 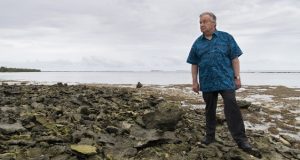 In these days of acute suspicion and uncertainty about who may be asymptomatic and who ...