NiMet, in its 2017 Seasonal Rainfall Prediction, said heat for too long could cause heat stress, which may in turn lead to several illnesses, collectively referred to as “hyperthermia”

The Nigerian Meteorological Agency (NiMet) has predicted that many Nigerians will likely experience “above-danger heat stress” this year due to combination of heat and humidity.

NiMet, in its 2017 Seasonal Rainfall Prediction, said heat for too long could cause heat stress, which may in turn lead to several illnesses collectively called “hyperthermia”.

The agency warned that older people could have a tough time dealing with heat and humidity, as most people who died from hyperthermia globally each year were over 50.

NiMet highlighted some of the heat related complications to include heat syncope, heat cramps, heat edema, heat exhaustion and heat stroke, adding that Nigerians were no exception.

According to the agency, heat syncope is a sudden dizziness that can happen when one is active outdoors in hot weather.

It said: “Heat cramps are the painful tightening of muscles in your stomach, arms or legs which can result from hard work.

“Heat exhaustion is a warning that your body can no longer keep itself cool as people might feel thirsty, dizzy, weak, uncoordinated and nauseated accompanied by lots of sweating.

“Heat exhaustion can progress to heat stroke where people need to get medical help right away.

“Older people and people who become dehydrated or those with chronic diseases or alcoholism are at most risk.”

On malaria, NiMet said it had continued to make the forecast to sensitise citizens, advising the health sector to be better prepared to deal with the deadly disease.

The report said that plasmodium falciparum, a protozoan parasite that causes malaria found in Nigeria, was the most dangerous of the malaria parasites.

According to NiMet, the process of mosquito birth and bites is directly influenced by rainfall, temperature and humidity that give rise to differences in stability of disease transmission and seasonal variations.

NiMet said: “In 2017, locations including Benin City and to its north are likely to experience high to extreme mosquito population throughout the year.

“To the north of Benin City, risk in mosquito population is expected to grow with rainy season months.

“NiMet hopes to develop partnership with health sector and others involved in malaria control through partnership on data collection on mosquito population and infected population to improve its malaria forecast model.”

The News Agency of Nigeria recalls that NiMet predicted that neutral El-Nino Southern Oscillation, variation in winds and sea surface temperatures phase, was most likely to dominate the January to June weather system across the country in 2017.

It said that the ENSO phase was expected to give way to a dominant El-Nino phase through the end of the year. 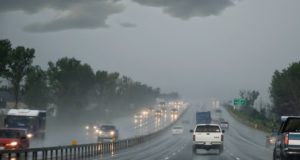 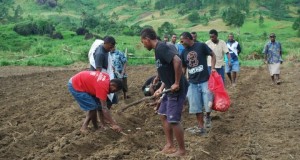 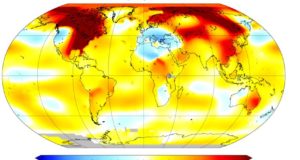 The Nigerian Meteorological Agency (NiMet) has predicted cloudy weather conditions over the central states with ...