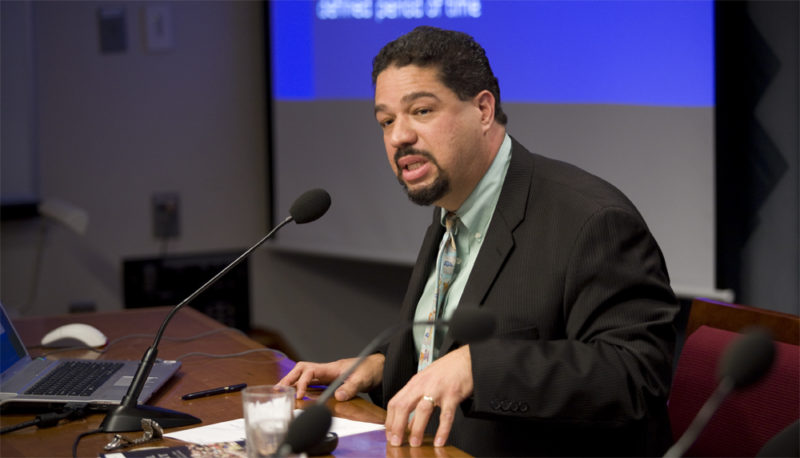 Roger-Mark De Souza, Director of Population, Environmental Security and Resilience at the Woodrow Wilson International Centre for Scholarship, made  the submission recently during a webinar for Nigerian journalists.

Speaking on a topic: “Challenges climate poses for Population Dynamics”, he noted that Nigeria alongside 33 others mostly in sub-Saharan Africa fall under what he referred as as “climate change hotspot” which is an area with high population growth, reducing agricultural potential and high vulnerability to impacts of climate change.

He explained that climate change has fueled inequalities, poverty, and water scarcity, among development indices, such that people with large families are unable to adequately cater for the needs of their children, thus even widening the inequality gap.

Another angle to the issue, he said, is that  in event of climate change disasters such as insecurity, flooding, and others, resources are not sufficient to attend to the needs of victims where population is huge.

His words: “Population is an important wedge to stabilise emission. Population control if voluntarily carried out would reduce vulnerability to climate change impacts. If you want to have three, four, to five children, you want to provide for them and climate change impacts – weather pattern, agricultural productivity, water scarcity, conflict and natural disasters, is making all of these difficult. Ultimately, how can Nigeria policy makers recognise that while having a large population size means you are powerful, but at the same time strike a balance between powerful and the need of the community.

“When disaster or conflict occurs, that may be tied to natural resources and people are to be displaced. There are many of the communities particularly in United States. Vulnerable communities can be relocated.”

Nigeria’s population is estimated at 180 million, representing an increase by 40 million in 11 years, but about 70 percent of the citizens live bellow the poverty line.

De Souza, who observed that large number of women in sub-Saharan Africa are faced with the problem of unmet need for family planning, said high level policy support from government is needed to make the birth control commodities available to the people.

“Give more high level support to national reproductive health and family planning programmes to reduce the high unmet need for contraception and improve maternal and mortality.

“Note that large families are not currently Sustainable and to expand access to family planning in addition to other adaptation strategies, example food and water.”

He maintained that where women can properly control child bearing, they will be free to empower themselves through skill acquisition or education, earn income and improve their lives and those of their families, thus contributing to the realisation of the SDGs.

According to her, the mouth-watering aid by the United Nations this year, has helped in no small measure to ensure regular supply of portable water, food, and medication, among other SDGs requirements to IDPs in the North East.

“The international system has rapidly scaled up and saved millions of lives. We reached two million people with food assistance every month and have provided hundreds of thousands of children with life-saving nutritional support.

“We have averted famine, but millions of people are still at risk if more international help is not forthcoming,” he said, warning that the humanitarian situation remained precarious.

According to statistics from the UN, the nine years of conflict in Nigeria has left about 17 million people in need of humanitarian assistance in the Lake Chad Basin, including 8.5 million in the North East.