Why Nigeria should hasten and submit climate action plan

At the 21st Session of the Conference of the Parties (COP 21) to the United Nations Framework Convention on Climate Change (UNFCCC) slated for December 2015, climate negotiators from all over the world will converge on Paris, where they will deliberate on concrete Co2 emissions reduction plans to be incorporated with total renewable energy road maps geared towards limiting and regulating human activities that could alter the earth.

In reference to pre-industrial period, the world currently warms at 0.8 degree Celsius increase. Unarguably, Nigeria’s resultants version of the increase have been in the form of desert encroachment in the North, temperature rise, and erosion. Evidence is shown in tragic occurrence even as we speakfollowing flooding incidents nationwide, as thousands of domestic animals have been reported dead while hectares of farmlands were submerged.

Truth must be told, if no action is in sight, the average global temperature will likely continue to increase unabated; and a further increase will be detrimental to human lives and our precious planet earth.

In achieving this, it is essential for all nations to draw concise feasible master plans aimed at phasing out fossil fuels towards reaching carbon neutrality target by 2050. Prior to that, assessing progressions of climate change adaptation of Intended Nationally Determined Contributions (INDCs) every five years will keep consenting nations on their toes in finally reaching the milestone of carbon neutrality by 2050. 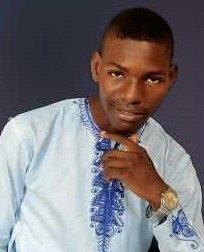 As stipulated by United Nations (UN), September ending has been slated as deadline for pledges submissions. A recent update by Carbon Brief indicated that European Union (EU) and over 30 countries have shown seriousness towards the course. Algeria, Democratic Republic of Congo (DRC), Benin, Kenya, Ethiopia, Morocco and Gabon are the African countries that have submitted their pledges to the UN on how they intend to reduce greenhouse gas emissions emanating from their respective countries. Frankly speaking, negative impacts of climate change in addition to low standards of living in developing countries could be catastrophic. It is therefore expedient for other African countries to be fully committed and speedily submit their pledges by following similar suits of committed African countries. As deadline approaches, till now, Nigeria’s carbon emission pledge remains veiled.

In dousing the tension, the Director, Climate Change Department, Federal Ministry of Environment, Dr. Samuel Adejuwon, stated that Nigeria envisions submission of her pledge in September. By now, the marshal plans should have been concluded and vetted. Before final submission, an inquiry cursory gaze on the concluded plans should be done. Does the drafted plan address gas flaring management? Is Co2 reduction plan to be presented feasible? How effective is Nigeria’s Total Renewable energy transition programme? Until these questions are effectively answered, Nigeria can then be trailing the path of being wholeheartedly integrated into INDCs.

Just as below performance of Millennium Development Goals (MDGs) has been attributed to skewed implementation plans, it should therefore be noted that pledges submissions to UNFCCC is not important as pledges implementation. Proactive action is aggressively needed in proper implementation because; this is the major integral part of transcending the proposed UN climate conference resolutions into reality. Great commitments need to be exhibited by governments, legislatures and citizens in reaching the set goals; these will be the driven forces for plans implementation otherwise, the gathering might be a hoax.

“We believe that climate change must be viewed not only as a danger to natural systems, but also as a direct threat to human survival and well-being. We are convinced that this negotiation process must not be viewed as a traditional series of governmental trade-offs, but as an urgent international effort to safeguard human lives, homes, rights and livelihoods,” says Maumoon Abdul Gayoom, President of the Maldives.

All hands must therefore be on deck in ensuring that COP21 is a success. This is the time for world leaders and citizenries to roll up their sleeves and jointly bounce to productive actions, this is the time for stakeholders to take up their arsenals in combating climate change threatening the planet earth because, failure of the conference is tantamount to unilaterally destroying the earth while also denying future generations the rights to unaltered environment.