Nigeria is said to be taking an important step in its fight against terrorism, by working to further refine and strengthen its strategy to prosecute, reintegrate, and rehabilitate former members of Boko Haram in compliance with international laws and standards. 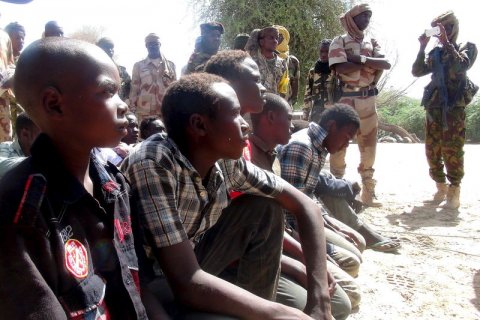 For this purpose, technical and high level consultations were held in Abuja from 13 to 15 December 2016, on “Considering Approaches to Prosecuting, Reintegrating and Rehabilitating Former Members of Boko Haram”.

Funded by the European Union (EU), the consultations were organised by the United Nations Office on Drugs and Crime (UNODC) and the United Nations Security Council’s Counter Terrorism Committee Executive Directorate (CTED) in response to request from the Office of the National Security Adviser (ONSA).

The project seeks to support Nigeria’s efforts to bring terrorists to justice and to prevent terrorism acts through human rights-compliant criminal justice measures against terrorism. It focuses on strengthening the capacity of Nigerian criminal justice officials to effectively investigate, prosecute, and adjudicate terrorism cases, in accordance with the rule of law and human rights. This includes providing in-depth training courses for select groups of criminal justice officials and on-going advisory services for the trained officials, with the aim of supporting the transition from confession-based to evidence-based prosecution of terrorism cases.

The consultations brought together experts from other countries which have faced similar challenges including Algeria, Kenya, Sri Lanka, and South Africa, to share lessons learnt and good practices. Joining them were also experts from relevant international organisations, who discussed international good practices and applicable international human rights and humanitarian laws, norms and standards. Nigerian officials highlighted the progress achieved and challenges remaining in implementing a criminal justice-based approach to the prosecution, reintegration, and rehabilitation of former members of Boko Haram.

As a result of the consultations, Nigeria identified the need to further clarify its goals for a successful criminal justice framework as part of an overall reintegration and rehabilitation approach, including developing an effective prosecution strategy and robust criteria for pursuing alternative rehabilitation and reintegration approaches. Nigeria also began to consider what further support and assistance may be required to allow Nigeria to continue strengthening its strategy to prosecute, reintegrate, and rehabilitate former members of Boko Haram.

The consultations benefited from the participation of 31 Nigerian entities, including officials of the six most affected Nigerian states, and 14 international organisations and other national governments.

Launched in May 2016, the project has already delivered 19 capacity building activities. This included in-depth training courses for 20 legal advisors from the Nigerian investigative agencies, 30 Nigerian Police Force counter-terrorism investigators, and two select groups of 20 criminal justice officials on international cooperation and counter-financing of terrorism. The project is also delivering an intensive train-the-trainers course for 30 criminal justice officials on human rights and criminal justice responses to terrorism, using tailored training modules developed in 2015 in partnership with the Nigerian Institute for Advanced Legal Studies.