The 3rd Environment Outreach Magazine Public Lecture/Environmental Awards ceremony was held at the Conference Hall of the Petroleum Training Institute (PTI), Effurun, Delta State of Nigeria on Friday, the 28th of September 2012. The Lecture, with its theme: “The Petroleum Industry and the Niger Delta Environment: Blessing or Curse?” was delivered by Kingsley Chinda, former Commissioner for Environment, Rivers State and Member of the Federal House of Representatives, Abuja. He was represented by Professor Michael Horsfall, Professor of Environmental Chemistry of the University of Port Harcourt. 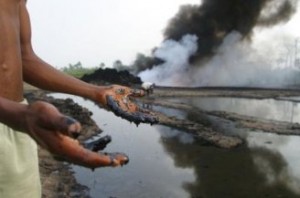 Pollution and environmental degradation in the Niger Delta

In his opening remarks, the Chairman of the occasion, Dr. Tarila Tebepah, who is also Chairman of the NDDC Board of Directors, thanked the Publisher, Mr. Noble Akenge, for hosting the 3rd Outreach Public Lecture at a time when the country was facing a lot of environmental challenges like oil and gas pollution, coastal erosion, massive deforestation etc and also witnessing one of the worst flood disasters in recent times. He called on all Nigerians to take environmental issues more seriously and advised the Publisher to continue to create the needed environmental awareness needed to make a change through his publication and Public Lectures such as this.

He further thanked all those who made it to the occasion, stressing that his Commission would continue to collaborate with public and private organisations in the provision of infrastructure and services needed badly for the development of the Niger Delta region. He advised Nigerians to be environmental conscious in view of the massive environmental challenges facing the country.

He said: “From an economic view point and particularly for multi-national oil corporations and other Nigerian beneficiaries of the petroleum industry in Nigeria, especially with respect to the staggering oil revenues that accrues there from, access to international loans, fat bank accounts, large scale acquisition of wealth and development of massive infrastructure in the country, it is a blessing.

“However, for every true democrat, every Niger Deltan, it is clear that the petroleum industry in Nigeria vis-à-vis the Niger Delta environment epitomises a ‘resource curse’ as evidenced by collapse of basic Infrastructures in the region; Disruption of the peoples livelihood pattern and survival; abject poverty – 80 percent live below poverty line; lack of evident development within the region; high unemployment rate; hunger, disease  and untimely deaths; rise of militancy, kidnappings, armed robbery; pipeline vandalism and illegal oil bunkering activities in the region, oil and gas pollution and severe damage to the environment that has affected the livelihood of the people.”

In the search for solution to the problems facing the Petroleum industry in Nigeria, therefore, he suggested that the most important and foundational thing to do is to amend the constitution by expunging S.44(3) and replacing the words “thirteen percent” in the proviso to S.162 (2) with “fifty percent” in the section that deals with Revenue Allocation so that more resources are injected into the development of the region.

Earlier in his welcome address, the Publisher/Host of the event, Noble Akenge welcomed all the guests present and stated that the main objective of the Environment Outreach magazine is to bring to the attention of policy makers and the public domain, the problems of the Environment sub-sector and how efforts are being made to solve them. He said that the institutionalisation of Public lectures by the magazine was another way of meeting the objectives of the magazine in creating awareness of environmental issues in the populace.

He stated that in Nigeria today, the downturn of the economy and lack of political will to tackle the various economic, social, political and environmental problems of wastes disposal, massive deforestation; oil and gas pollution, industrial pollution, flooding and coastal erosion has caused massive destruction of lives and properties, social dislocations in families and distorted our entire lifestyles.

He further called on the Federal and States government to do something fast to ameliorate the victims of the recent flood disasters that is ravaging the entire country at the moment. He also used the forum to express the magazine’s appreciation to Professor Akpezi Ogbuigwe of UNEP, Nairobi, Kenya and Governor Peter Obi  of Anambra State who were guest speakers at the 1st and 2nd Environment Outreach Public Lectures held in Port Harcourt and Abuja in 2010 and 2011 respectively.

The occasion also featured goodwill messages from eminent persons like Mercy Almona-Isei, former Chairman of the House of Representatives committee on Environment and the Senior Special Assistant to the Bayelsa State Governor on Research and Social Media, Dr. John Idumange and the presentation of “2012 Environmental Awards” to several persons who have distinguished themselves in the field of environment and development in Nigeria.

In recognition of their persistence and sustained advocacy for a better deal for the Niger Delta environment and human rights, Ms. Annkio Briggs of Agape Birthrights, Port Harcourt; Mr. Alagoa Morris of Environment Rights Action (ERA); Comrade Chief Nengi James Eriworio,Chairman, Civil Liberties Organization (CLO), Bayelsa State and Mr. Patterson Ogon of the Office of the Special Adviser to the President on Niger Delta Affairs, Abuja won the “2012 Defender of the Environment Award”.

Speaking on behalf of the awardees, Mailafia, speaking through her representative, Mr. Godwin Atsegwasi of NESREA, Abuja, thanked Akenge for the recognition and honour done the awardees for their modest contributions towards the protection and sustainability of the environment. She said she was humbled by the award and urged the Publisher to keep up the good works of bringing environmental awareness to the people of our great country, Nigeria. She also called on the people to keep patronising the magazine for the ultimate benefit of our environment. She urged all citizens of Nigeria and foreigners living in the country to continue to respect the laws of the land concerning the environment.

The occasion was attended by His Royal Majesty, King Godwin G. Igodo, the Ebenibe of Atissa Kingdom and Chairman of the Bayelsa State Council of Traditional Rulers;  His Royal Highness, Maxwell Clarkson-Kikile, the Ebeneken (Paramount Ruler) of Yenagoa;  the Special Assistant to the Minister of Environment, Mr. Salisu Dahiru and Coordinator National REDD+ programme. Also in attendance were the Reps of the Chairman, Senate Committee on Petroleum (Upstream), Senator Paulker Emmanuel ;  The Pere of Iduwini Kingdom of Delta State,HRM King Joel E. Ibane, Obiobo IX and Dr. Barclays Ayakoromo, the Executive Secretary of the National Institute for Cultural Orientation represented by the Zonal Director, South-South Zone of NICO, Mr. Imohiosen James. The Special Adviser to the Bayelsa State Governor, Chief Fred Agbedi was represented by Mr. Freston Akpor, former Chief Press Secretary to the Bayelsa State Governor.

The occasion was also attended by persons from all walks of life including top Government officials, Representatives of various Federal and States’ Ministries and Agencies,  Environmental groups, the Organised Private Sector, traditional rulers; former Local Government Chairmen; the oil companies. 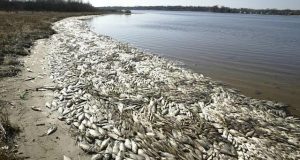 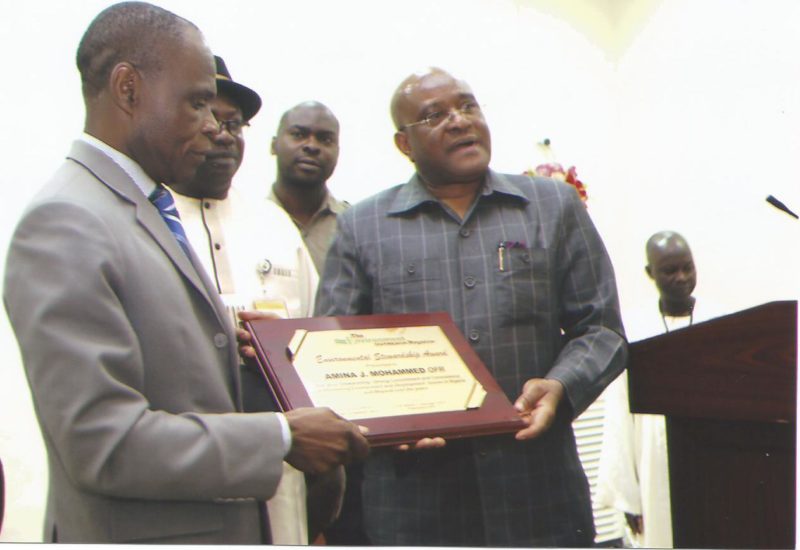