COVID-19 cases and deaths are surging in Africa as new, more contagious variants of the virus spread to additional countries.

Over 175,000 new COVID-19 cases and more than 6,200 deaths were reported in Africa in the last week while infections rose by 50% on the continent between December 29, 2020 and January 25, 2021 when compared with the previous four weeks, according to the World Health Organisation (WHO).

The UN health body explained in a statement on Thursday, January 28, 2021 that, in the past week, there has been a small dip in cases in South Africa, but 22 countries continue to see their case numbers surge.

It added that deaths rose two-fold in the same four-week period, with over 15,000 concentrated in 10 mainly southern and northern African nations.

The 501Y.V2 variant, first identified in South Africa, is predominant and powering record case numbers in South Africa and the sub-region. It has been found in Botswana, Ghana, Kenya, the French Indian Ocean region of Mayotte, Zambia and in 24 non-African nations.

“The variant which was first detected in South Africa has spread quickly beyond Africa and so what’s keeping me awake at night right now is that it’s very likely circulating in a number of African countries,” said Dr Matshidiso Moeti, the WHO Regional Director for Africa.

The variant that was initially detected in the United Kingdom has been found in The Gambia and Nigeria. Further research is needed to determine whether the new strain causes more severe illness, added the WHO.

WHO disclosed that it is working to track and tackle new variants by helping countries build and boost the complex genomic surveillance capacities needed to detect and respond to new variants, shipping samples to sequencing laboratories and providing supplies and technical guidance.

With the Africa Centres of Disease Control and Prevention, WHO helped set up a COVID-19 genomic sequencing laboratory network with laboratories in the Democratic Republic of the Congo, The Gambia, Ghana, Kenya, Nigeria, Senegal, South Africa and Uganda.

WHO calls on all countries to ship at least 20 samples to sequencing laboratories every month to help map the fast-evolving situation and best target responses at all levels.

“In addition to the new variants, COVID-19 fatigue, and the aftermath of year-end gatherings risk powering a perfect storm and driving up Africa’s second wave and overwhelming health facilities,” said Dr Moeti.

“Africa is at a crossroads. We must stick to our guns and double down on the tactics we know work so well. That is mask wearing, handwashing and safe social distancing. Countless lives depend on it,” she added.

Facing a second wave of infections, she noted that African nations must ramp up testing, the isolation of contacts and the treatment of patients, as well as enhancing proven prevention measures.

“Our shared goal is to get ahead of the virus. Unfortunately, the journey will be longer, harder and far more costly in the absence of consistent, all-of-society commitments to blocking infection,” said Dr Moeti. 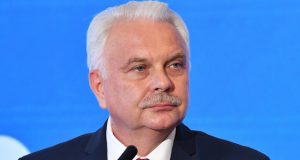 Germany has recorded another height in its seven-day incidence of Coronavirus (COVID-19) infections, according to ...