January 29, 2016 Comments Off on Nations to submit NDCs after Paris Agreement ratification 1,245 Views

Parties to the Paris Agreement (or nations that end up signing the agreement) are expected to communicate their first nationally determined contribution (NDC) no later than when the respective instrument of ratification, acceptance, approval or accession has been submitted. 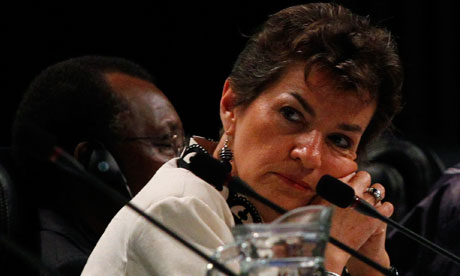 A feature of the Paris Agreement entails a change in status of the intended national climate action plans which almost all countries submitted to the UN ahead of COP21 in Paris. These intended nationally determined contributions (INDCs), which detail what each country intends to contribute towards reducing global emissions, are set to become nationally determined contributions (NDCs).

“If a country has already submitted its INDC before joining the agreement, then that INDC will be considered the country’s first NDC, unless it indicates otherwise,” stated Nick Nuttall, the UNFCCC (United Nations Framework Convention on Climate Change) spokesperson.

According to him, a country has the opportunity of submitting a more ambitious NDC before it submits or when submitting its respective instrument of ratification, acceptance, approval or accession.

Prof Olukayode Oladipo, a climate change expert, the NDC doesn’t have to be a fresh version of the INDC or something totally different from the initial INDC.

“Since its no longer ‘intended’, the NDC could just be a short report detailing and stating clearly how a nation will implement statements or proposals in the INDC,” he disclosed, adding that Nigeria is expected to initiate a plan of action to be taken to implement the NDC.

According to Nuttall, the authentic text of the Paris Agreement in Arabic, Chinese, English, French, Russian and Spanish, will be transmitted by the UNFCCC Executive Secretary, Christiana Figueres, to the Treaty Section of the Office of Legal Affairs of the United Nations in New York as soon as it becomes available.

“Following this, certified true copies will be distributed to all Parties to the Convention and the Paris Agreement will open for signature at the United Nations Headquarters in New York from 22 April, 2016 to 21 April, 2017,” he said, adding that the UN Secretary-General, Ban Ki-moon, is convening a high-level signature ceremony for the Paris Agreement on 22 April, 2016 and is inviting all Parties to the Convention to sign the agreement at this ceremony, or at their earliest opportunity.

The Agreement shall enter into force on the 30th day after the date on which at least 55 Parties to the Convention accounting in total for at least an estimated 55 % of total global greenhouse gas emissions have deposited their instruments of ratification, acceptance, approval or accession with the Depositary. The Secretary-General of the United Nations will act as the Depositary of the Agreement.

“To this end, the UNFCCC secretariat has made available information (http://unfccc.int/ghg_data/items/9354.php) on the most up-to-date total and per cent of greenhouse gas emissions communicated by Parties to the Convention on the website on the date of adoption of the Agreement.”

On 12 December 2015, countries under the UN Framework Convention on Climate Change (UNFCCC) adopted the Paris Agreement.

The Legal Affairs programme of the UNFCCC secretariat has prepared a legal version (http://unfccc.int/files/meetings/paris_nov_2015/application/pdf/paris_agreement_next_steps_post_adoption.pdf)  of these steps for readers who require the important, detailed formal wording and terminology that relates to this major international agreement.

The text of the Paris Agreement (http://unfccc.int/documentation/documents/advanced_search/items/6911.php?priref=600008831) is found annexed to the decision that officially adopted the agreement at the UN Climate Change conference in Paris (COP 21) and is available in all six official UN languages.