N9.2bn cookstoves: Lawsuit is a distraction

Hamzat Lawal’s Follow The Money, in a recent reaction to the saga, says the lawsuit involving government and the contractor is an unnecessary distraction 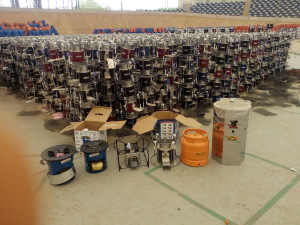 In November 2014, the Federal Government of Nigeria approved a N9.2 billion initiative aimed at providing healthier, cleaner cooking alternatives to rural women in Nigeria and curbing the spread of desertification caused by excessive firewood use for cooking. The clean cookstoves contract was awarded to Integra Renewable Energy Limited to procure 750,000 clean cookstoves and 18,000 Wonderbags in the first phase of the clean cookstoves campaign.

Follow The Money Team was activated in December 2014 to monitor the procurement efforts of Integra Renewable Energy Ltd, the distribution mechanisms by the Ministry of Environment, and other aspects of the initiative. Furthermore, Follow The Money Team organised and facilitated regular stakeholder meetings to provide interested and affected parties with the opportunity to learn more about the initiative and remain updated about progress that had been made. It also launched a media campaign to increase awareness about the benefits of the Clean Cookstoves campaign and promote transparency and accountability in all aspects of the initiative. As such, Follow The Money has been made aware of, and can verify the following facts:

ALSO READ:  Barriers to energy efficiency in the Ivory Tower

Though the Federal Ministry of Environment eventually responded to a Freedom of Information request made by Connected Development (CODE), further information regarding the progress of the initiative has remained withheld from CODE and other stakeholders on the specifics of the contract awards and distribution mechanism.

Follow The Money Team is concerned that the following lawsuit could potentially detract from the procurement and distribution of the 750,000 cookstoves and 18,000 Wonderbags. Furthermore, this cancellation of the contract and lawsuit could lead to more opportunities to increase the timeframe required to complete this initiative. As healthcare advocates and environmentalists, Follow The Money Team is determined to continue monitoring this initiative, providing insight to stakeholders, and collaborating with multiple agencies to ensure transparency and accountability are practiced by all involved agencies.

It’s important to note that as this case takes more time, our mothers and their children in local communities are at risk of losing their lives due to unclean smoke from cooking with firewood. Also, further delays will cause even more loss from our already dilapidated forest cover due to increased felling of trees for firewood which also leads to desert encroachment and threatens the Great Green Wall programme already instituted by the federal government.

We aim to ensure that the courts of justice, which represent the rights of every Nigerian, will also encourage transparency and have both parties make the contract document available to the public and ensure accountability in the entire process moving forward. 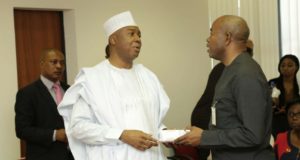