Makoko community is a slum neighbourhood on the mainland of Lagos State in Nigeria, where women eke out a living from fishing. The community was established in the 18th century as primarily a fishing community. According to the 2006 census data, the population of Makoko is estimated at 85,840 comprising Nigerians from diverse ethnicities and religions. 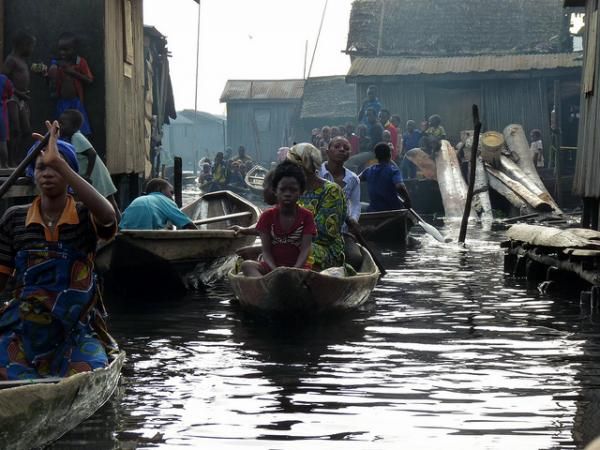 Makoko community has more than 200 women in the fishing business ranging from fisherwomen to fish traders.

This reporter took a canoe trip on the Lagoon to interact with some fisherwomen in Makoko. The canoe trip, which lasted for about 30 minutes, provided an insight into the challenges encountered by the fisherwoman. A particular scene that comes to mind was the many fishing traps and fishing nets that dot the Lagoon waterways and women waiting on the banks of the Lagoon to buy fishes caught by both fishermen and fisherwomen. Some of the women spoke to EnviroNews about the challenges they face in the course of fishing in the Lagoon.

The case of Memunat Saliu is particularly interesting as she disclosed that she handles the mechanical aspect of servicing her canoe because engines are expensive to maintain.

“We are in competition with our male folk and it has not been easy. We are easily discriminated against because of our gender and this has made life more challenging for us as fisherwomen. You can imagine that I personally handle the maintenance of my canoe so that I can save some more money for my family. I must confess to you, it is difficult being a fisherwoman in Lagos,” Saliu says.

For Madam Lowe, the actions of the Lagos state Government have not been encouraging despite promises to the contrary.

“We face a lot of challenges on the waters; water hyacinth is also a big problem for us to maneuver our canoes, our engines get spoilt easily as we battle with this leaves on a daily basis,” laments Lowe.

The traditional ruler of Makoko, (known as Baale in the local dialect), Chief Samuel Adebowale Abo-Oluwa Erejuwa, concurrs that fisherwomen in the community face a lot of challenges including lack of access to fishing tools, boat engines, hooks and quality fishing nets. The traditional ruler emphasises that, in the allocation of fishery resources, preference is given to fishermen than fisherwomen.

Chief Abo-Oluwa Erejuwa pleadswith the Lagos State Government to intervene in rehabilitating the fishing market and empowering fisherwomen to enjoy equal opportunity with their male counterparts.

However, one promising aspect of Makoko fisherwomen is that they are involved in both the harvest and post-harvest value chains of fishing. The women are both fisherwomen and fish sellers. After a successful catch as fisherwomen, the women return to Asejere fish market (one of the biggest fish markets in Lagos) located within a distance from Makoko, where they engage directly with fish traders.

The Iya Oloja (female market leader) of Asejere Market, Alhaja Moduoe Kaosara Adebayo, notes that women in the fish business are very hard working and they need urgent support from the state government. She adds that Makoko produces the largest tons of fish in the whole of Lagos State which is also sold by the women on the market. But she adds that government needs to do more for women in fishery.

However, the member representing the Lagos Mainland Federal Constituency at the Nigerian parliament, Jide Jimoh, says that all hands are on desk to improve the trade and empower the women to reposition the Nigerian economy.

Jimoh discloses that motions are in place to push the need for Makoko women to get the needed support from the federal and state governments as, according to him government is trying to diversify the Nigerian economy.

The Lagos State Ministry of Agriculture says it is set to support the women in the fishing business. Commissioner for Agriculture, Oluwatoyin Suarau, adds that government is determined to build a bright future for those in the fishing sector, especially women.

Mr. Suarau explains that the state government has introduced numerous ways to improve fishing as, he adds, this will in turn improve the standard of living of such women through provision of modern day facility like modern day fishing tools to maximise the benefit of the abundance of water resources which accounts for about 22% of the state’s land mass.

Women in the fishing business in Makoko will be glad, if the government comes to their aid and support their business; this will in turn encourage youths to focus more on agriculture, especially, fishing as a means of livelihood in the state and Nigeria in general.

Importantly, this will be in line with the United Nations Food and Agriculture Organisation (FAO) Voluntary Guidelines for Securing Sustainable Small-Scale Fisheries, which promotes gender equality in the fishing sector. The guidelines propose that “all parties should recognise that achieving gender equality requires concerted efforts by all and that gender mainstreaming should be an integral part of all small-scale fisheries development strategies”.

Lagos is a centre of excellence and it is anticipated that its governor, Akinwunmi Ambode, should take the lead in mainstreaming gender in the small-scale fisheries segment in the state. 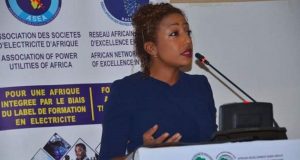