Making Nigeria climate resilient (5): How vulnerable is she? 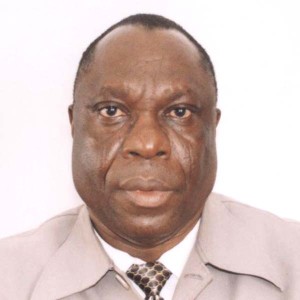 Others have extended this idea by relating the concept to three overlapping properties: exposure, sensitivity and adaptive capacity. Exposure refers to the extent of climate stress to which a particular unit or system is exposed. Sensitivity to climate change relates to how readily a particular system such as agriculture would react (usually negatively) to changes associated with climate. Adaptive capacity is a function of several parameters, which may be summarized under wealth, access to technology and infrastructures.

Nigeria’s economy and other sectors of development are very vulnerable to climate change. The 2014 World Climate Change Vulnerability Index (CCVI) published by the UK-based risk company, Maplecroft, classifies Nigeria as being of high risk. In terms of the relative vulnerability of Nigeria among the countries of the world, the analysis shows that the country is one of the ten most vulnerable countries in the world.

A recently nationally commissioned study used the Indicator Method, to determine the spatial changes in the vulnerability of Nigeria on geopolitical basis. The study focused on three principal determinants of vulnerability – adaptive capacity, sensitivity and exposure. The indicators used in the study were a combinations of many variables ranging from physical (e.g. rainfall, temperature, changes in sea level, relief, soil conditions etc.) to socio-economic (e.g. education, assets, income, access to information, services and technology, poverty, etc.), and they were sufficiently broad in relevance to allow a meaningful assessment of vulnerability of different parts of the country to climate change. Vulnerability was defined as a function of potential impact less the adaptive capacity.

On the spatial variation of the country’s sensitivity to climate change, the study shows that the north central has the lowest sensitivity, while the south-south has the highest. The relatively higher value of sensitivity in the north-western zone compared with the other two zones in the north is associated with presence of large human-made water bodies that are used for irrigation in the zone.

The relative exposure of the various parts of Nigeria to climate change shows that the southwest is the least exposed while the most exposed are the northeast and southeast zones. Clearly, exposure to the challenges of climate change is not a purely regional phenomenon in terms of north/south divide. Rather, it is a wholly national phenomenon, which implies that exposure factors should be addressed in the various parts of the country. For example, while rainfall decline and, therefore water supply, is an exposure issue in the northern part while land management to prevent water loss through infiltration is crucial in the south east.

The spatial content for the relative vulnerability of the six geopolitical zones of Nigeria shows that there is a general south-north divide, but the south west is relatively the least vulnerable of the zones. The three zones in the north show higher vulnerability when compared with those in the south, a reflection of the higher rainfall and certain better socio-economic development in the south. The south-south shows highest relative variability of the three zones in the south, reflecting the challenges of coastal flooding and erosion as well as petroleum exploration and exploitation in that part of the country.

On the spatial pattern of vulnerabilities along the Nigerian coast, the report shows that the Niger delta region has the largest spread and depth of vulnerability of the country’s marine and coastal environment.

In summary, the southwest is relatively less vulnerable than most other parts of the country. On the other hand, the northeast is most vulnerable. Understanding these spatial vulnerabilities is crucial to analyzing climate change impact and putting in place adaptation actions imperative to shaping climate-resilient development in Nigeria, as well as determining the cost implication of tackling the crisis.

In general, the impacts of climate change in Nigeria will vary in extent, severity and intensity, but the exact degree still remains uncertain. Of course these impacts are not going to be felt overnight, and one could therefore argue that the structure of the economy will gradually change during the actual time period before the impacts are likely to be fully realized. Consequently, it is important to note that these potential impacts only serve as rough indications of what may likely happen if the current trends in temperature and rainfall changes persist, and if no adaptation and other adjustments take place. They serve as general guidelines for future policy directions and the imperative to take immediate action without waiting for the potential calamitous effects of climate change on the economy and livelihoods of the people to take place.

At the national level, a detailed and in-depth research into the vulnerability of Nigeria’s economy is yet to be undertaken. However, desk-reviewed evidences show that all sectors of Nigeria’s socio-economic development and the natural ecosystems are vulnerable to climate change. The impacts will vary in extent, severity and intensity, but the exact degree still remains uncertain. Some known impacts of climate change on various sectors of Nigeria’s economy and development will constitute part of future write ups on how to make Nigeria climate resilient for sustainable human development.

(People who are interested in additional technical details can read the report of the Federal Ministry of Environment), 2010: National Environmental, Economic and Development Study (NEEDS) for Climate Change in Nigeria. National Report Submitted to the UNFCCC in which the author is the major contributor, as well as IPCC 2001. Climate Change 2001: Impacts, Adaptation, and Vulnerability, Cambridge University Press)