September 29, 2016 Comments Off on Madagascar offers opportunities in renewables to investors 1,053 Views

Madagascar is offering interesting opportunities in renewable energies for foreign investors, as energy is said to be a top priority for the government. The strong political will to electrify the country through the use of renewable energy (RE) is demonstrated by prioritisation in the National Development Plan and by the country’s New Energy Policy, NPE (Nouvelle Politique de l’Energie) in 2015, the aim of which is to supply nearly three-quarters of the population with electricity by 2030, with a renewable energy component of 85%, and 20% in mini-grids. 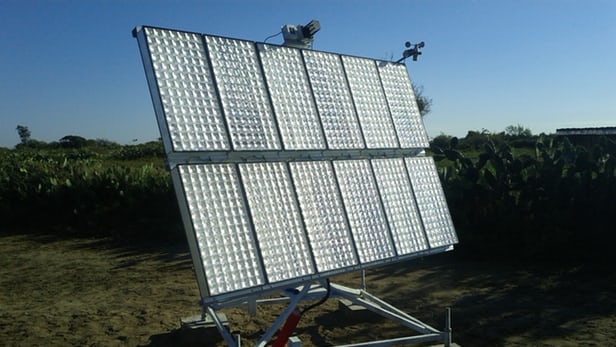 Currently, only 15% of Madagascar’s 24 million inhabitants have access to electricity, and only 6% in rural areas.

The island of Madagascar has great natural potential for renewable energy, such as solar, wind, biomass and, in particular, hydropower, much of which remains untapped. For example, only 2% of a 7,800 MW hydropower potential has been realised. The government seeks to realise this potential as far as possible through greater involvement of the private sector.

In September 2016, a delegation of five German companies from the renewable energy sector spent a week in Madagascar’s capital Antananarivo to explore investment opportunities in the country’s electricity sector as part of the project “German Energy Solutions Initiative” commissioned by the German Federal Ministry for Economic Affairs and Energy (BMWi),

During the visit, a seminar on renewable energy based on the implementation of the New Energy Policy was jointly organised by the German Chamber of Commerce based in South Africa and the German International Development Agency (GIZ).

The seminar was attended by representatives of the Ministry of Energy and Hydrocarbons (MEH), the national electricity provider JIRAMA, the Board of Electricity Regulation (ORE), the Rural Electrification Agency (ADER) and the Madagascar group of companies (GEM), as well as private operators in the energy sector.

GIZ – on behalf of the German Federal Ministry for Economic Cooperation and Development, (BMZ) – is supporting electrification in Madagascar through its PERER project, which supports the private sector in developing and implementing investment projects within the context of public-private partnerships with the Ministry and ADER, for example by evaluating offers and ensuring transparency in tender procedures.