High level officials from Pacific Islands have called for a reining in of fossil fuel production in order to stay within the climate limits agreed to in Paris. They were joined in their call by civil society, indigenous, and academic voices. 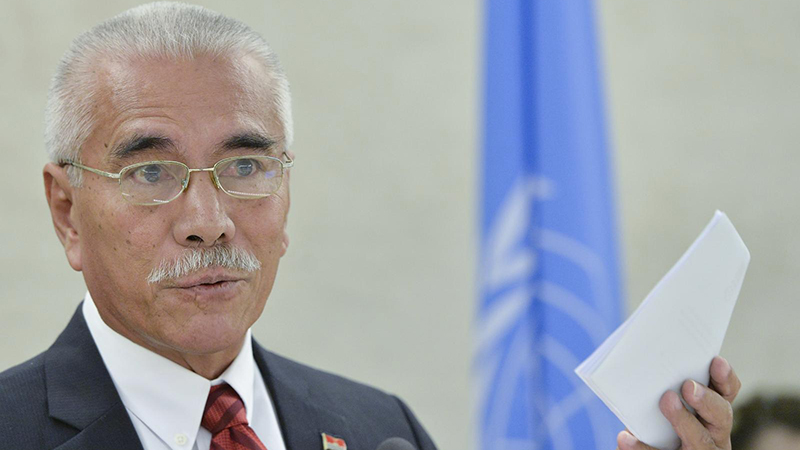 Potential carbon emissions from the oil, gas, and coal present in the world’s currently operating fields and mines would take us beyond 1.5 or 2 degrees Celsius of warming. For the world to stay within the Paris climate limits, new fossil fuel production must be halted. This requires stopping exploration for, and expansion of, new reserves and a managed decline and just transition away from fossil fuel production starting with wealthy countries and states who have the means to act first and fastest.

These calls echo the asks of the Lofoten Declaration, which affirms that it is the urgent responsibility and moral obligation of wealthy fossil fuel producers to lead in these efforts. The Lofoten Declaration has been signed by 500 organisations globally and was signed in Bonn, Germany on Wednesday, November 15, 2017 by Francois Martel, Pacific Islands Development Forum.

Patricia Gualinga, Leader of the Kichwa people of Sarayaku: “For nearly 20 years, our people have been resisting oil development and extraction in our rainforest home in the Ecuadorian Amazon. We have taken our fight all the way to international courts and won. We continue to resist new oil extraction and promote solutions to protect our living forests. We must stand together to keep oil in the ground from the Amazon to the Arctic to protect our climate and our future generations.”

Hannah McKinnon, Director, Energy Futures and Transitions, Oil Change International: “Achieving the Paris goals requires stopping exploration for, and expansion of, new reserves, and a managed decline and just transition away from fossil fuel production starting with those who have the means to act first and fastest.”

Peter Erickson, Senior Scientist, Stockholm Environment Institute: “The ambition of the Paris goals is often framed as an emissions gap. But there is also a production gap, in which countries are planning to produce way more fossil fuels than needed under a 2-degree limit. Our paper shows how they could close this gap.”

Berit Kristoffersen, Associate Professor, University of Tromso: “Norway is a good example of a country that has a historic responsibility and the economic capacity to be a leader on a managed decline. Norway and other wealthy countries should act according the to the Lofoten declaration and recognise that new exploration is inconsistent and no longer acceptable if we are to stay within the limits of the carbon budget.”

Ambassador Seyni Nafo, Chair of the African Group of climate change negotiators: “Achieving 1.5C will require a managed decline in fossil fuels and a rapid shift to renewable energy. Africa is leading the way through the Africa Renewable Energy Initiative and will work with all countries through the 2018 Talanoa Facilitative Dialogue on ways to scale up ambition and make the Paris goals a reality.

Ambassador Colin Beck, Solomon Islands: “There are some things best left under ground. Fossil fuels is one of them. There should be no new expansion of fossil fuels as this threatens our efforts to put the world onto a pathway to limit warming below 1.5C, through our endeavours at the UNFCCC to heal the health of the planet.”

Mohamed Adow, International Climate Lead, Christian Aid: “We need to make a swift global transition away from dirty energy and towards renewables. It is vital that governments should make sure they take appropriate steps to end fossil fuel production and  decarbonise their economies in time to avoid the worst impacts of climate change. The Talanoa Dialogue needs to be the space to consider what’s needed to help countries take advantage of the energy opportunities of the future. This must lead them to ratchet up their Paris Agreement pledges – which is the only way the Paris Agreement’s goals will be met.”