The French government has in the last three years worked vigorously to put in place a strategy for action towards emission reduction, clean energy and efficient energy. ln Poland in 2013, France got the right to host COP 21 in Paris in 2015. In August 2014 the French Minister of Foreign Affairs, Laurent Fabius, outlined his country’s expectations for the 21st Session of the Conference of Parties (COP 21) to the UNFCCC and 11th Session of the Conference of Parties serving as the Meeting of the Parties to the Kyoto Protocol from 30th November to 11th December, 2015. 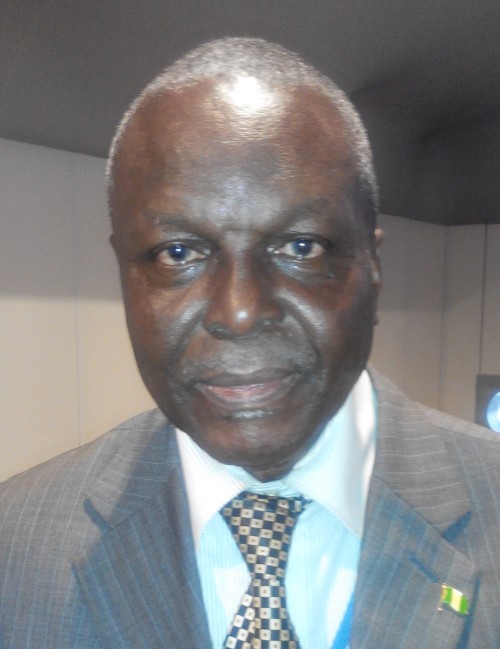 The COP 21 will be focussing on the adoption of a legally binding agreement. The Parties are expected to have pledged their commitment as it involves reduction in greenhouse gases, developing countries’ carbon pricing, among other issues, The French Minister of Ecology, Sustainable Development and Energy, Segolene Royal, stressed the importance of the energy transition law.

The French President, Francois Hollande, in his foreign policy speech indicated plans to announce his country’s strategy for action ahead of the Paris Climate Conference in September 2014 at the UN Secretary-General’s Climate Summit in New York. He announced the intention of his country to move towards the path of low carbon and emission reduction.

France, in following this path, has contributed $1 billion to the Green Climate Fund and is supporting the World Bank initiative on carbon pricing, saying that “pollution must have a cost if we want investment to move towards clean and efficient energy”. The French are putting so much into it because of the prestige, the high class and the excellence associated with the French. For the first time in over 20 years of UN negotiations, the COP 21 aims to achieve a legally binding and universal agreement on climate change with the aim of keeping global warming below 2 degrees C.

France will play a leading role in hosting this conference. COP 21 will be one of the largest international conferences ever held in France. The conference is expected to attract close to 50,000 participants including 25,000 official delegates from government, business, international organisations, UN agencies, civil society and media.

France will be playing a leading role to ensure agreement and to facilitate the search for consensus by the United Nations as well as within the European Union which has a major role in the climate negotiations.

Paris as the venue of the conference is expected to provide the right atmosphere and conditions. Paris-Le Bourget is said to be the best logistically the most suitable in terms of hosting facilities and accessibility which are crucial to the success of the conference.

The French appears to agree with the Report of the IPCC 5th Assessment that “Human influence on the climate system is clear and continued emissions of greenhouse gases will cause further warming and changes in all components of the climate system. Limiting climate change will require substantial and sustained reductions of greenhouse gas emissions.”

France like her counterparts in the EU mission is set to fulfil the emission reduction target as a collective responsibility. It also set out to ensure market mechanism and advancing the cause of businesses to climate resilient projects and investments.

The French recently announced the intention to spend over 200 million euros to support African countries in climate-related projects and investments. This is part of the commitment to the road towards low carbon economy and culture of green investments.

Development issues towards the Paris conference
The Adaptation Fund Board of the UNFCCC recently met and some of the issues at
the  meeting was the election of Nigeria’s Peter Tarfa, Deputy Director, Department of Climate Change, Federal Ministry of Environment, as Vice Chairman of the Board’s Project and Programme Review Committee. This is an important position at UNFCCC system, and it comes at a time that the world is focusing its attention on the COP 21 and the follow-up action on adaptation projects and other sustainable activities. We congratulate Nigeria for this honour and our dear Peter whose deep knowledge and disposition to matters are commendable.

There is also the issue of the relationship between the Adaptation Board and Fund and the Green Climate Fund, among others.

The United States has submitted its contributions to COP 21. The French government in a statement by Laurent Fabius on 31st March 2015 said: “This contribution confirms the objective of reducing American greenhouse gas emissions by 26-28per cent compared to 2005 levels by 2025 announced at the US-China Summit on November 12, 2014. This objective confirms the commitment of the United States under Barrack Obama’s presidency to fight against climate disruption. It is consistent with the more ambitious long-term objective of reducing emissions by 80 percent or more by 2050.

The United States contributions as the world’s second largest emitter represents a further step forward in the process of preparing for COP 21.”

The need for early submission of countries was also stressed by Laurent Fabius when he said that “all countries to make public their national contributions as soon as possible in accordance with the decision taken at COP 19 in Warsaw and confirmed in Lima.

It is evident that there is a paradigm shift in financing and management of development programmes. In this regard we must put in place mechanisms that will enable us to develop capacity to manage emerging environmental and social risks associated with investment and projects that countries like France put in place for countries like Nigeria.

We continue to follow up on the activities of the Committee for COP 21 and we wish the members every success. We all as shareholders look forward to their effort to ensure that Nigeria plays a critical role, be at the COP early, and maximise all opportunities in the interest of our people.
The road to Paris continues to show that there is a lot to be done and everyone involved in this process needs to add value to the process. Nigeria has a lot to do to ensure that we provide the leadership especially for Africa and we appeal to the in-coming administration to give support in all areas to ensure that Nigeria is at the centre of activities and in turn can assist other African countries. Nigeria deserves to be the barometer for the other developing countries and, with the contributions of all of us and the natural flair of Nigerians turning things around for the better, the sky is the limit.