Wednesday 3rd March 2021
Wednesday, 3rd of March 2021
Home / Human Settlement / Where and why land conflicts occur in Africa, by study

Where and why land conflicts occur in Africa, by study

February 9, 2017 Comments Off on Where and why land conflicts occur in Africa, by study 737 Views

Sixty-three percent of disputes related to private sector land and natural resource investments in Africa began when communities were forced to leave their lands, according to new research released in Dakar, Senagal on Thursday, February 9, 2017 by TMP Systems and the Rights and Resources Initiative (RRI). 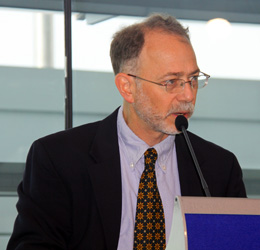 RRI Coordinator, Andy White. He says that Africa is mistaken for a continent of empty, freely, available land open for development

“African governments are competing for investment to spur economic development and improve living standards,” said TMP Systems CEO, Lou Munden. “But most countries need to radically improve the governance of tenure rights to create an attractive and stable investment environment. Companies and investors – who increasingly understand that unclear tenure rights create financial and reputational risks – need to do more to identify and respond to these implicit challenges in emerging market investments.”

The research also found that areas targeted for development in Africa are more heavily populated than similar developments elsewhere in the world. The population density within a 50-kilometre radius of disputed projects in Africa was more than twice the global average: 816,547 people compared with 319,426 globally. For West Africa, the average was over one million people.

“The mistaken belief that Africa is a continent of empty, freely available land open for development has done so much harm,” said RRI Coordinator, Andy White. “No land is unclaimed, and uprooting communities without their consent from their lands and traditional livelihoods creates conflicts and social unrest. Recognising and securing local peoples’ property rights instead provide security for governments, investors and companies – a critical need, given all the political uncertainty in the world today.”

According to the research, the typical tenure-related dispute in Africa occurs:

“The fact that disputes were just 61 kilometres from national borders on average was surprising and, in our view, very revealing,” added Munden. “It suggests that tenure dispute is much more likely in areas with low legal accountability and economic development. The point is that investors can be exposed to serious risk in these areas because local people will ensure their interests are heard.”

The suite of reports explores investment-based conflicts in East, West and Southern Africa, and compares them to similar conflicts around the world. They were released at a panel event in Dakar alongside RRI’s Annual Review of the global state of land and resource rights, which found that development finance institutions have emerged as potential leaders in the land rights arena given their significant leverage over investments in the developing world.

While a number of high profile corporations have also pledged to both prevent deforestation and respect human rights, implementation of these commitments is slow at best, given complex supply chains and local suppliers whose reputations are less exposed. Despite the growing number of economic actors that accept the market rationale for respecting community land tenure, rights violations are still commonplace.

“Corporations can prevent conflicts that are costly to investors and devastating for local peoples by working with local communities to secure their property rights,” said RRI Coordinator, Andy White. “But not everyone at the table embraces this approach or applies it effectively.”

In West Africa, plantation agriculture – especially palm oil projects – drive a majority of disputes. Community displacement was the primary driver of 70 percent of the tenure disputes examined, while issues related to compensation were the primary driver for 30 percent. Sixty percent of the tenure disputes resulted in work stoppages, which impact companies’ and investors’ profits, and 30 percent resulted in violence.

Munden noted that the Fanaye biofuel plantation project on Senegal’s northwest border was implemented without the consent of local communities. In one case, violent protests in Fanaye Dieri led to the death of two community members and compelled the government to revoke the concession and move it 30 kilometres to the east, to the Ndiael Nature Reserve. But the new location cut off local cattle farmers from their grazing lands, triggering additional conflict. After six years, the concession currently uses only 1,500 hectares out of the 20,000 allocated by the government.

“Because of our soil, many investors are interested in coming to our country,” said Alioune Guèye, President of the Federation of Peasant Landowners, in Senegal. “But some of our most impoverished communities also live on that soil and rely on it for their survival. Too often, companies feel they can cut a deal with the government, raze the land, and create vast plantations while the locals are simply pushed out of the way. Without their land, these communities will have nothing. Their rights must be respected.”

Infrastructure and public utilities are driving a majority of the disputes in East Africa, and communities have made use of stronger legal frameworks to bring lawsuits against companies that violate their rights. Community displacement was the primary driver of 36 percent of the tenure disputes examined, while compensation was the primary driver for 27 percent. Seventy-three percent of the tenure disputes resulted in work stoppages, yet only 27 percent resulted in violence.

While wind power has been embraced by many in Kenya as a clean source of energy for its growing economy, conflict over land and resource rights has delayed or derailed a number of wind power generation projects. Three projects are at the heart of this storm of disputes:

“The lack of detailed consultation and informed consent contribute to conflicts that increase the cost of doing business in Kenya, and investors are starting to look to other countries for new projects,” Mali Ole Kaunga, director of Indigenous Movement for Peace Advancement and Conflict Transformation (IMPACT), noted. “Disputes that end in violence even one-quarter of the time are still too violent for everyone involved – the communities, investors, companies and governments.”

In Southern Africa, sugar plantations and mining developments are driving a majority of the disputes and, without strong legal frameworks for communities to assert their rights, significant violence has resulted. Community displacement was the primary driver of 82 percent of the tenure disputes examined. Issues relating to compensation were never the primary driver, showing that companies could not buy their way out of disputes. Seventy-three percent of the tenure disputes resulted in work stoppages, and 73 percent triggered violence – the highest rate of violence in the world.

While a number of major buyers and producers who dominate supply chains in the sugar sector have made commitments on land tenure, efforts to clean up their supply chains have been plagued by issues of transparency and lack of local engagement.

In Madagascar, a sugar plantation that had operated without conflict since 1984 became the site of local resistance in 2005 after the project owners, Complant and Sucoma, attempted to reroute an irrigation system, which would have flooded lands belonging to local communities. Over the next several years, through 2014, strikes, riots and work stoppages ensued – indicating that even seemingly successful projects can become mired in conflict and work stoppages if local tenure rights are not respected throughout project implementation.

Representatives from four national land commissions – Ghana, Kenya, Liberia and Senegal – attended the Dakar event to report on the status of land rights and ongoing tenure reforms in their countries and respond to the report’s findings. These commissions have played a helpful role in channeling efforts for governments exploring comprehensive reform. One such example is in Senegal, where they established an inclusive process for the drafting of the land policy that is now being reviewed by the president’s office.

“Economic developments that fail to benefit local communities have little to zero value because of the conflicts they generate,” said Solange Bandiaky-Badji, RRI’s programme director for Africa. “The land commissions have a great opportunity to create legal frameworks that prevent the root causes of these inequities. Treating local communities as equal partners and respecting their rights is the first step towards creating true economic development.”

The RRI is a global coalition consisting of 15 Partners, six Affiliated Networks, 14 International Fellows, and over 150 collaborating international, regional, and community organisations dedicated to advancing the forest land and resource rights of Indigenous Peoples and local communities. RRI leverages the capacity and expertise of coalition members to promote secure local land and resource rights and catalyse progressive policy and market reforms. 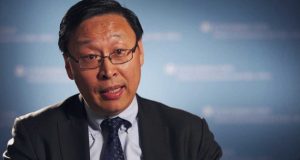 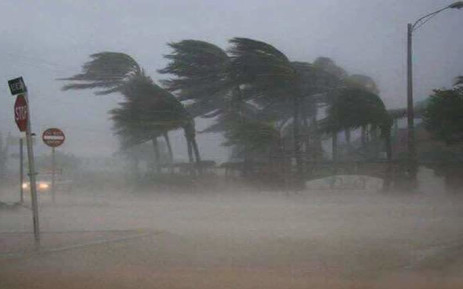