The Lagos State Government is to plant 500,000 trees in the next three months in honour of health workers on the frontline of the fight against novel coronavirus in the country.

General Manager (GM) of the Lagos State Park and Gardens Agency (LASPARK), Mrs Adetoun Popoola, made the disclosure at a press conference in Lagos on Thursday, July 9, 2020.

Popoola told newsmen that the state would dedicate its 2020 Tree Planting Day on July 14 to the health workers in appreciation of their sacrifices.

The event would have the theme: “Trees for Life”.

“The efforts of the workers during this period of global health crisis need to be appreciated with lasting things that would outlive us.

“These trees will outlive us to remind the generation to come of the strides of those heroes of today and to further poise them into taking measures to sustainably use the environment,” she said.

She said that the agency would plant trees in all the COVID-19 Isolation Centres in the state to stand as signposts to the resilience of the frontline workers.

“The agency on July 1st began free distribution of seedlings to all the 20 local government areas in the state in readiness for July 14, to encourage people to plant trees starting from their immediate environment to make a greener state.”

According to her, the state in 2008 declared July 14 of every year its tree planting day to raise public consciousness on greener environment.

Popoola, who acknowledged the coastal nature of the state and its attendant environmental challenges, said that it was the responsibility of LASPARK going by its enabling Act of 2011, Section 20 (1), to ensure greener Lagos.

She said that the state featured in a network of 100 cities in the world working toward strengthening the world’s ecosystem resilience.

Popoola said that the tree planting was also one of the state’s efforts in support of the United Nation’s Sustainable Development Goal to combat climate change impacts.

She said that the agency was organising an online competition for children between the ages of four years and 12 years as part of activities to celebrate the day.

According to her, the competitors would draw, paint or write an essay on their understanding of the theme of the celebration.

The GM gave the agency’s online address for the competition as laspark@lagosstate.gov.ng for interested participants to link-up with.

She said that the best three entries would be rewarded with exciting prizes which she did not disclose.

Previous: Expert highlights ways to stay sane amid pandemic
Next: How genetic engineering technology can revolutionise world system, by biotechnologists 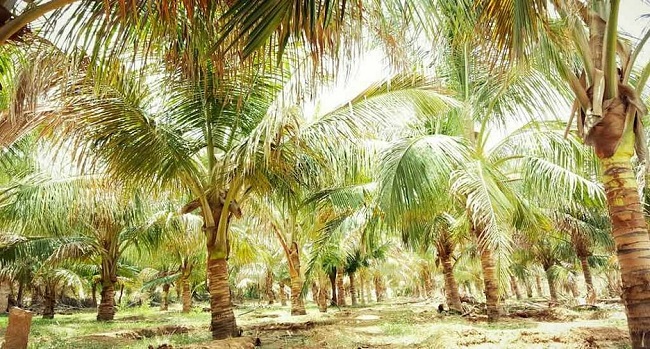