In a historic 7-1 decision, the U.S. Supreme Court decided on Wednesday, February 27, 2019 in Jam v. International Finance Corporation (IFC) that international organisations like the World Bank Group can be sued in U.S. courts.

The Court’s decision is said to mark a defining moment for the IFC – the arm of the World Bank Group that lends to the private sector. For years, the IFC has operated as if it were “above the law,” at times pursuing questionable lending projects that seem to inflict serious human rights abuses on local communities, and then appearing to leave the communities to fend for themselves.

International organisations like the IFC have long claimed they are entitled to “absolute” immunity, even as they engage in commercial activities, like the coal-fired power plant at the heart of this case.

Because the relevant statute only gives the IFC the same immunity as foreign governments, and foreign governments do not have absolute immunity in U.S. courts when they engage in commercial activities, the Supreme Court rejected this position: “The International Finance Corporation is therefore not absolutely immune from suit.”

The case involves an IFC-financed power plant in Gujarat, India – the Tata Mundra Ultra Mega coal-fired power plant. The plaintiffs are members of local fishing and farming communities whose livelihoods, air quality, and drinking water have allegedly been devastated by the project. They allege that the IFC and the project developers knew about these risks in advance but nevertheless chose to push forward with the project without proper protections in place.

The plaintiffs originally tried to raise their concerns through the IFC’s internal grievance mechanism, but when the IFC’s leadership ignored the grievance body’s conclusions, they reluctantly filed suit in the United States as a last resort. EarthRights International represents the plaintiffs, along with the Stanford Law School Supreme Court Litigation Clinic.

The IFC is headquartered in Washington, DC, along with the rest of the World Bank Group, because the U.S. government is believed to be the largest shareholder in the organisations. The U.S. government has long supported the plaintiffs’ interpretation of the law: that international organisations can be sued for their commercial activities or for causing injuries in the United States. The U.S. Departments of Justice and State submitted an amicus curiae brief in support of the plaintiffs’ position, as did members of Congress from both parties.

The IFC argued that allowing it to be sued would be disastrous, but the Supreme Court, in an opinion by Chief Justice John Roberts, found these concerns to be “inflated.” The Court noted that, unlike many international organisations, the IFC’s founding members did not grant the organisation absolute immunity in its charter.

The case is Docket No. 17-1011. Justice Brett Kavanaugh recused himself, because he was on the U.S. Court of Appeals for the D.C. Circuit when the case was heard there. Justice Stephen Breyer was the sole dissenter, arguing that a “broad exposure to liability” for international organisations runs counter to Congress’ original purpose in providing immunity.

Now that the Supreme Court has established that the World Bank Group can be sued, the case will return to the lower courts for further litigation.

Another case against the IFC is also expected to proceed in the U.S. District Court for the State of Delaware. The case, Juana Doe et al v. IFC, involves IFC projects that have been linked to murders, torture, and other violence by paramilitary groups and death squads in Honduras. EarthRights International represents the plaintiffs, whose identities are kept anonymous to protect them from retaliation.

“We are extremely happy with the decision of the Supreme Court of US. This is a huge victory for the people of Mundra in particular and other places in general, where World Bank’s faulty investments are wrecking communities and environment. This is major step towards holding World Bank accountable for the negative impacts their investments are causing,” said Dr. Bharat Patel, the head of fishworkers’ rights group MASS, one of the plaintiffs in the case.

“We are delighted with this judgment. This is a victory of all who have fought for a more accountable World Bank since the past many decades world over and has fought valiant struggles against Bank funded projects on the ground, exposing the monumental human and environmental costs of their lending. This judgment will strengthen communities’ efforts to hold the Bank accountable and is a step in the direction of bringing accountability in financial institutions,” disclosed Joe Athialy, Executive Director of the Centre for Financial Accountability, India.

“Immunity from all legal accountability does not further the development goals of international organisations. It simply leads them to be careless, which is what happened here. Just like every other institution, from governments to corporations, the possibility of accountability will encourage these organisations to protect people and the environment,” stated Marco Simons, General Counsel, EarthRights International.

“The commercial activities of international organisations such as the IFC can have a significant impact on lives of Americans and others around the world. We welcome today’s decision,” said Prof. Jeffrey Fisher, Co-Director, Stanford Law School Supreme Court Litigation Clinic.

Like Loading...
2019-03-02
admin
Previous: Iceberg twice the size of NYC set to break off from Antarctic ice shelf
Next: WWD: Flagship yearly event dedicated to wildlife 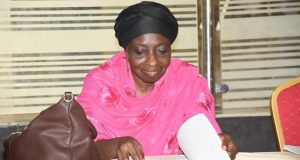 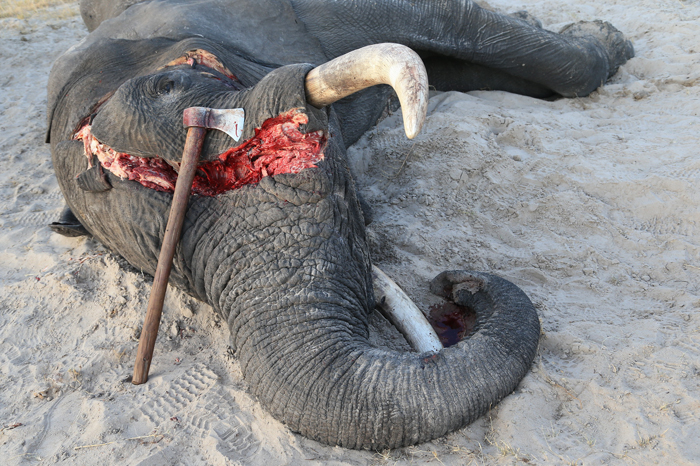 A non-governmental organisation working globally on trade in wild animals and plants, TRAFFIC, has said ...