The year 2012 saw the shocking melt of the Arctic, leading our greatest climatologist to declare a ‘planetary emergency,’ and it saw weather patterns wreck harvests around the world, raising food prices by 40% and causing family emergencies in poor households throughout the world. 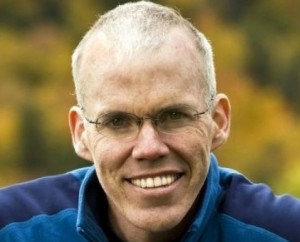 That’s what happens with 0.8ºC of global warming. If we are going to stop this situation from getting worse, an array of institutions have explained this year precisely what we need to do: leave most of the carbon we know about in the ground and stop looking for more.

If we want a 50-50 chance of staying below two degrees, we have to leave 2/3 of the known reserves of coal and oil and gas underground; if we want an 80% chance, we have to leave 80% of those reserves  untouched. That’s not “environmentalist math” or some radical interpretation–that’s from the report of the International Energy Agency last month.

It means that–without dramatic global action to change our path–the end of the climate story is already written. There is no room for doubt–absent remarkable action, these fossil fuels will burn, and the temperature will climb creating a chain reaction of climate related natural disasters. 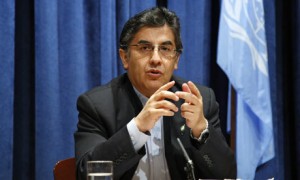 Negotiators should cease their face-saving, their endless bracketing and last minute cooking of texts and concentrate entirely on figuring out how to live within the carbon budget scientists set. We can’t emit more than 565 more gigatons of carbon before 2050, but at the current pace we’ll blow past that level in 15 years. If we want to have a chance to stick to this budget by 2020 we can’t send to the atmosphere more than 200 gigatons.

Rich countries who have poured most of the carbon into the atmosphere (especially the planet’s sole superpower) need to take the lead in emission reductions and the emerging economies have also to make commitments to reduce the exploitation of oil, coal and gas. The right to development should be understood as the obligation of the states to guarantee the basic needs of the population to enjoy a fulfilled and happy life, and not as a free ticket for a consumer and extractivist society that doesn’t take into account the limits of the planet and the wellbeing of all humans. 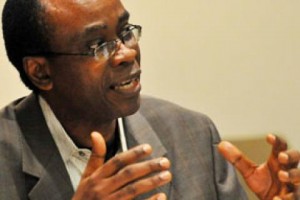 There’s no longer time for diplomatic delays. Most of the negotiators in the Eighteenth Conference of the Parties of the UNFCCC (United Nations Framework Convention on Climate Change) know that these are the facts. Now is the time to act for the future of humanity and Nature.

(Bill McKibben is founder of 350.org, Nnimmo Bassey is of the Environmental Rights Action & Coordinator of Oilwatch International, and Pablo Solon is Executive Director of Focus on the Global South, former Bolivian Ambassador to the UN and former chief negotiator for climate change).