Oil-rich Nigeria has largely been dependent on petroleum products as the mainstay of its economy for decades.

Petrol, kerosene and diesel have been in use for both domestic and industrial energy purposes in times past ahead of Liquefied Petroleum Gas (LPG) in the country.

According to the Department of Petroleum Resources (DPR) Nigeria’s natural gas as at January 2019 showed that the country had a proven reserve of 200.79Tscf with a potential to rise to 600Tscf.

Thus, Nigeria is a notable LPG producer, not only in Africa, but in the world with about three million Metric Tonnes Per Annum (MTPA).

However, only a paltry five per cent of its about 200 million population use LPG as household energy, making the country lag its African counterparts like Ghana, Senegal and South Africa.

Energy experts and stakeholders believe that harnessing and deepening LPG penetration can serve as an engine and catalyst for the economy, for the benefit of Nigerians for generations to come.

They say it is important to create sustainable growth for this sector through systematic and concerted efforts by all stakeholders if the Federal Government is to achieve its target of five million MTPA of LPG consumption by Nigerians in 2023.

The Nigerian Liquefied Natural Gas Company (NLNG) has been setting aside 350,000MTPA of LPG for domestic consumption but experts are demanding for an upward review in line with current realities.

In a renewed drive by the government, Minister of State for Petroleum, Mr Timipre Sylva, has declared the year 2020 as “the Year of Gas” for the nation.

Sylva says the government will rehabilitate the Warri, Port Harcourt and Kaduna Refineries to achieve local production of 360,000MTPA of LPG by 2023.

The minister who spoke at the Nigeria Gas Summit in Lagos recently, said the government was desirous of deepening LPG penetration in the country.

He said other plans by the government include upgrading the Lagos-Apapa LPG plant from 4,000MT to 8,000MT storage and increasing LPG allocation to the domestic market from Natural Gas Liquids (NGLs) to reduce butane/propane exports.

According to him, the government also aims to diversify supply sources with 110,160MTPA from Nigerian Petroleum Development Company’s Oredo facility expected to come on stream by first quarter of 2020.

Sylva said: “By our 2018 record, gas utilisation is being deepened by increasing LPG penetration. LPG consumption increased by about 16 per year on year.

“A total of 364 LPG plants licenses and approvals were issued in 2018. This is expected to give about 15 per cent rise in the nation’s LPG consumption based on storage capacity.”

Similarly, Mr Dayo Adeshina, Programme Manager, National LPG Expansion and Implementation Plan, says Nigeria has made a giant stride in the LPG market with about 70,000MTPA in 2007 to 624, 000 MPTA as at September 2019.

According to him, achieving the target of five million MTPA of consumption by Nigerians will require about $750 million worth of infrastructure for LPG transport and retailing across the country.

“Apart from household consumption, the government is also moving to increase LPG usage in areas such as agriculture, transportation and manufacturing.

“This will enable Nigeria to reduce CO2 emission by about 20 per cent and create about 450,000 direct jobs.

“It will require infrastructure development including establishment of 3,000 LPG plants, procurement of 10,000 trucks, 5,000 Bridgers as well as additional skids,” he added.

According to him, it will increase the federal government’s revenue by $9 billion and generate about 10,000 direct jobs and 40,000 indirect jobs to ease the youth unemployment challenge in the country.

On the part of industry stakeholders, they are of the view that government has demonstrated commitment towards the gas revolution through the removal of the five per cent Value Added Tax on DLPG while reinstating VAT Duties on LPG imports.

and equipment; and Duty-free and Tariff-free waiver for LPG equipment.

Ogieva says NALPGAM has distributed no fewer than 10,000 6kg cylinders with burners to Nigerians in seven states and has been holding sensitisation exercises to enlighten Nigerians on the benefits of switching to LPG.

Yakubu therefore called for a synergy between government and industry stakeholders to maximise the potentialities of LPG for the benefit of the country.

Like Loading...
2019-12-30
Michael Simire
Previous: Kano deploys fresh strategies to ensure compliance with sanitation in 2020
Next: Over half of Zimbabweans face severe hunger, UN warns 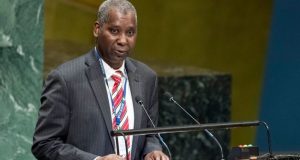 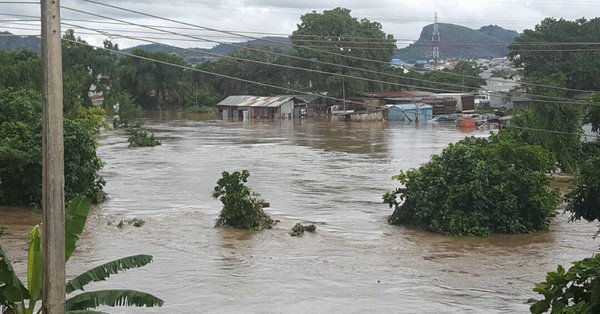 No fewer than 17,000 communities have been affected by flood in Niger State, the Secretary ...