The world’s biggest banks, insurers and money managers are under pressure from the public, politicians, and their shareholders to commit to long term climate goals. Some have already affirmed that they will align their financing with the 2015 Paris Agreement and its goal of a 1.5-degree Celsius cap on climate change. Many more announcements of this type are likely to follow over the coming year in the build up to the UN climate negotiations in Glasgow, Scotland in late 2021, which are supposed to have a focus on finance.

However, it is highly likely that the fine print of these announcements will be insufficiently ambitious to achieve their stated goals. To make it clear what actions are required for finance giants to truly align the climate impact of their business practices with the Paris Agreement, a global set of 60 climate and rights groups, led by Rainforest Action Network (RAN), has issued a brief set of “Principles for Paris-Aligned Financial Institutions: Climate Impact, Fossil Fuels and Deforestation.” The principles offer a roadmap for the decarbonisation of the finance sector on a timetable aligned with the Paris Agreement.

“While the clean economy transition can sadly not be wished into being overnight, banks and others cannot believe that it is sufficient to just set decarbonisation targets for 2050 — a whole generation away,” says Paddy McCully, Climate and Energy Director with Rainforest Action Network. “With the world reeling from ever worsening climate disasters, banks, insurers and investors must start taking action immediately to rapidly back off from financing climate change.”

“The principles explain that to be taken seriously, financiers need both long term plans that zero out their climate pollution, as well as immediate steps to stop financing the expansion of fossil fuels and deforestation,” says Paddy McCully. “We need an immediate halt to lending, investing and insurance for new coal, oil and gas projects, and the companies that are building these projects. We also need an end to finance for the companies that are causing and encouraging the degradation of forests and other ecosystems.”

The groups say that “Paris Alignment” for financial institutions has to mean aligning financing, investing and financial services such as insurance with the reductions in pollution that will keep climate change to the Paris temperature cap of 1.5°C.

According to the IPCC, that means halving pollution globally by 2030 and zeroing it out by 2050. This will in turn require ending support for all coal-related companies in wealthy countries by 2030 and globally by 2040 and ending finance for oil and fossil gas by 2050 at the very latest.

“Many movements and communities across Asia are demanding that public and private institutions immediately stop financing new coal and fossil fuel projects and phase-out their involvement from existing projects as soon as possible. Clean and renewable energy systems are viable and affordable, so there are no more excuses. There is only a small window of time to prevent climate catastrophe, and it is rapidly closing –  any further delays in climate action are unacceptable,” said Lidy Nacpil of the Asian Peoples Movement on Debt and Development (APMDD), and the Asian Energy Network.

“Plans for an economic recovery from the pandemic in Latin America demonstrate the region’s over-dependence on extractive industries like coal, oil and gas, and the inclination to ignore climate and human rights impacts,” said Astrid Puentes, Co-Executive Director of the Interamerican Association for Environmental Defense (AIDA).

“The financial sector must show their commitment and leadership today, not in a decade. Together governments, financiers and society must opt for an energy transition that respects human rights, includes a gender perspective and the participation of communities, is socially just, economically viable and environmentally sustainable,” Puentes added.

The principles highlight that limiting global warming to 1.5°C is also a matter of justice and the protection of human rights. It is necessary for respecting the rights of communities on the front lines of the climate crisis, fossil fuel extraction and infrastructure, and deforestation. The guidance includes a demand that rights must also be respected when taking action to address climate change, and a just transition must be secured for workers and communities currently dependent upon economic activities that will need to be rapidly phased out.

“We no longer speak of climate change – it is now climate chaos. Indigenous Peoples, in balance with Nature, and with the smallest carbon footprint continue to preserve 80% of the world’s biodiversity and with other subsistence agriculturalists, feed 70% of the people of the world. But those who profit from fossil fuel economies are investing in their own and the world’s destruction. What thought do they give to their own future generations?” said Tom Goldtooth, from the Indigenous Environmental Network.

The organisations that have endorsed the principles say they are committed to work together to increase the pressure on banks and other financial institutions to adopt them in the build up to COP26 in Glasgow. 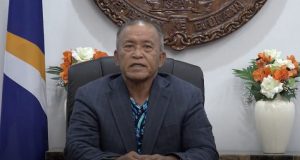 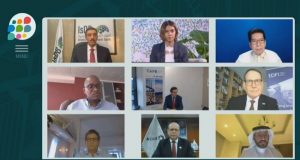 The UK government on Monday, November 16, 2020 announced the first principal partners for the ...