The Nigeria Tobacco Control Alliance (NTCA) has called on the Federal Government to discountenance the call by the Manufacturers Association of Nigeria (MAN) for a reconsideration of the new excise duty on tobacco products. 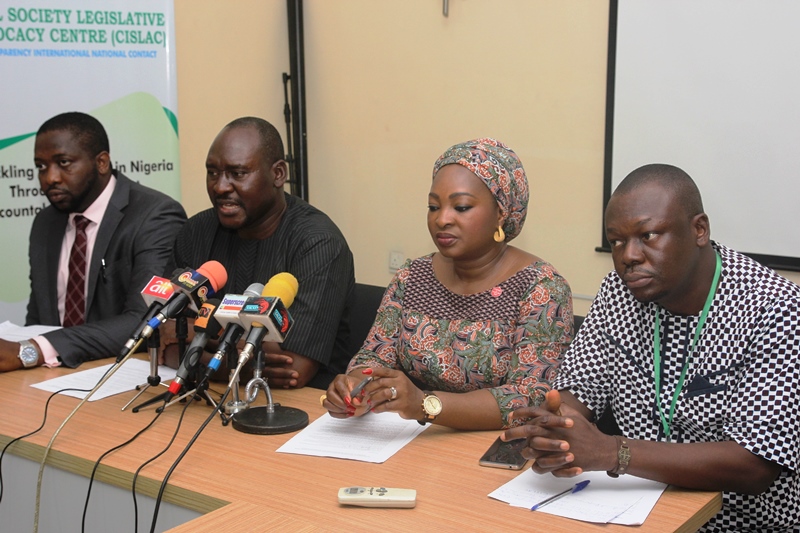 Adeosun had also announced that the new policy would take effect from Monday, June 4, 2018 which is the end of a 90-day (three months) grace period to all local manufacturers before the commencement of the new excise duty regime.

MAN raised objections to the new policy, saying it would force many firms aligned to the body to shut down and instigate job loss.

But at a press briefing which had the Environmental Rights Action/Friends of the Earth Nigeria (ERA/FoEN), Campaign for Tobacco-Free Kids (CTFK), Civil Society Legislative Advocacy Center (CISLAC) and Centre for the Study of the Economies of Africa (CSEA) in attendance, the MAN position was described as self-serving.

Hilda Ochefu, sub-regional coordinator of the Campaign for Tobacco-Free Kids (CTFK), said that the Federal Government should be commended for the proposed excise duty because of its overall benefits which include more revenue to government and cutting down on the number of tobacco users and kids who have access to cheap tobacco products.

Ochefu noted that the new excise duty fell far short of the expectation of public health experts who feel it should level up to the recommendations of the World Health Organisation (WHO) which, in Article 6 of its Framework Convention on Tobacco Control (FCTC), advocated 70 percent excise duty on tobacco.

She asserted that studies had proven that countries that have implemented higher excise duty on tobacco did not report tobacco firms but on the contrary positive multiplier effects including cutting down tobacco users.

In his intervention, Philip Jakpor of the Environmental Rights Action/Friends of the Earth Nigeria (ERA/FoEN) said that the position of the MAN on job losses and shutdown of tobacco firms was altogether not unanticipated as the body has, in its membership, tobacco entities who may have instigated the call.

Jakpor revealed that the talk about job losses and shutdown of tobacco firms whenever the issue of taxes and regulation are raised are as old as the early beginnings of advocacy for an all-encompassing legislation on tobacco control in the country and that the federal government should discountenance the call.

He explained that the availability of cheap cigarettes makes it easier for kids to purchase as captured in the Big Tobacco Tiny Targets Nigeria Report which ERA/FoEN and the Nigeria Tobacco Control Research Group published in 2017 and a recent report on single sticks published by the Africa Tobacco Control Alliance (ATCA).

He also urged the NATOCC to be guarded on MAN membership as conflicting interest would continue to dog its position on issues key in the implementation of the NTC Act.

Chukwuka Onyekwena of the CSEA explained that the new excise duty would not have the anticipated effect including shutdowns an job losses that MAN harped on, because even under the old dispensation tobacco had no overall positive effect on the wellbeing of tobacco farmers.

Onyekwena revealed that tobacco farmers are mostly into a master-slave relationship with the tobacco entities they engage with, even as he encouraged the government to expose farmers to alternatives outside of tobacco.

Earlier, executive director of CISLAC, Auwal Rafsanjani, said that the groups found it very disturbing that the MAN would pick on a policy that would have an overall positive effect on the Nigerian economy and wellbeing of Nigerian citizens.

Some of the key recommendations the groups put forward are that the government should remain committed to implementing the hike in excise duty on tobacco products:

Like Loading...
2018-03-27
admin
Previous: CERD files action in support of Indigenous Human Rights Defenders in the Philippines
Next: We didn’t urge Nigeria to legalise cannabis – UNODC